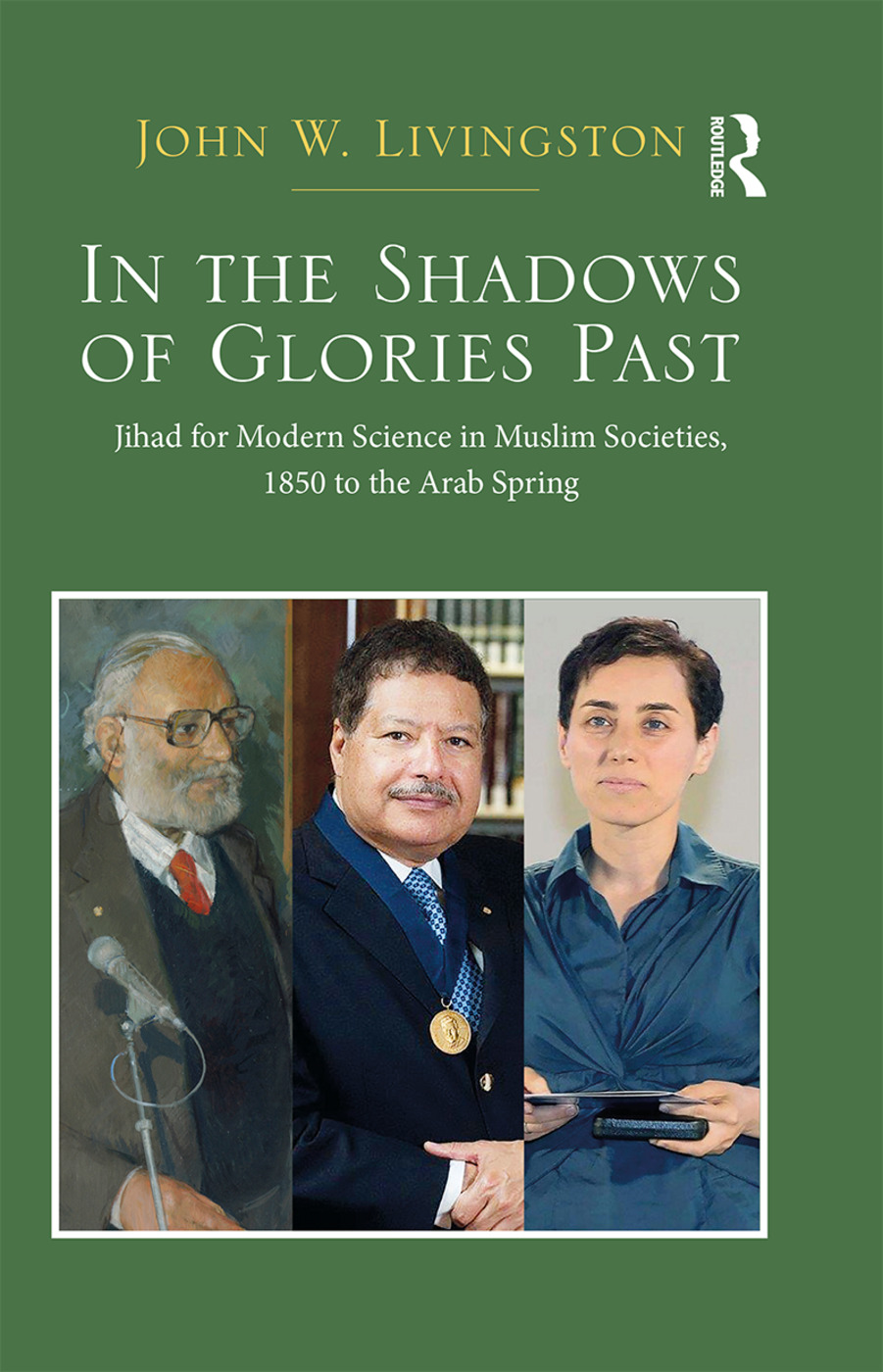 In The Shadows of Glories Past

Jihad for Modern Science in Muslim Societies, 1850 to The Arab Spring, 1st Edition

The title of this volume implies two things: the greatness of the scientific tradition that Muslims had lost, and the power of the West, in whose threatening shadow reformers now labored to modernize in order to defend themselves against those very powers they were taking as models. Copernicus and Darwin were the names that dominated the debate on science, whose arguments and rebuttals were published mainly in the religious and secular journals in Cairo and Beirut from the 1870s. Analysis and interpretation of this literature shows the hope that Arab reformers had of duplicating the Japanese success, followed by the despair when success was denied.

A cultural malaise festered from generations of despair, defeat and foreign occupation, and this feeling transmogrified after 1967 to a psychosis in a significant number of secular writers, educators and religious reformers. The great debate on assimilating science was turned inward where defensive mechanisms of denial spun out perversions of science: the Quran becoming a thesaurus of science; and a more extreme derivative of that, something called "Islamic Science," arising as an alternate science that was to be in harmony with the Quran, Shari’a and Muslim belief.

This volume reveals the undermining effect of European imperialism on western-oriented religious reformers and secular intellectuals, for whom science and political reform went together, and concludes with a chapter on the state of science in contemporary Muslim societies and the efforts to institutionalize science (before the upheavals of 2011) so as to bring to life an authentic and indigenous culture that would sustain scientific study and research as autonomous pursuits.

’This book surpasses almost every other book that deals with science in Islamic civilization, because it does not stop the narrative with the classical presumed golden age of that civilization, but encompasses the whole range of scientific activities from the very beginning until our own time. It is comprehensive, and far more interested in the cultural, social, economic, and political details than other books of its genre.’ George Saliba, Columbia University, USA

Part I Copernicus, Darwin and Islamic Intellectual Reform in the 19th Century

2 Beirut: The American College and the Popularization of Science

3 Muqtataf, Rawdat al-Madaris and the Fikri Treatise on a Moving Earth

4 Darwin between Muqtataf and the American Evangelists

5 From Copernicus to Darwin

6 Shibli Shumayyil’s Darwin: A Theory for Everything Progressive

11 Overview of the 20th Century

12 Darwin at the Center of Debate

16 The Place of Al-Azhar and the Ulema

17 Science and the Contemporary State