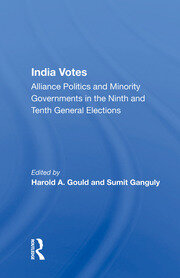 This book provides scholarly insights into India's binary elections with in-depth research on the electoral process. It analyzes the Ninth General Election that ratified the decline of the Congress Party dominance and the forces that seem to be driving Indian politics in the post-Cold War era.