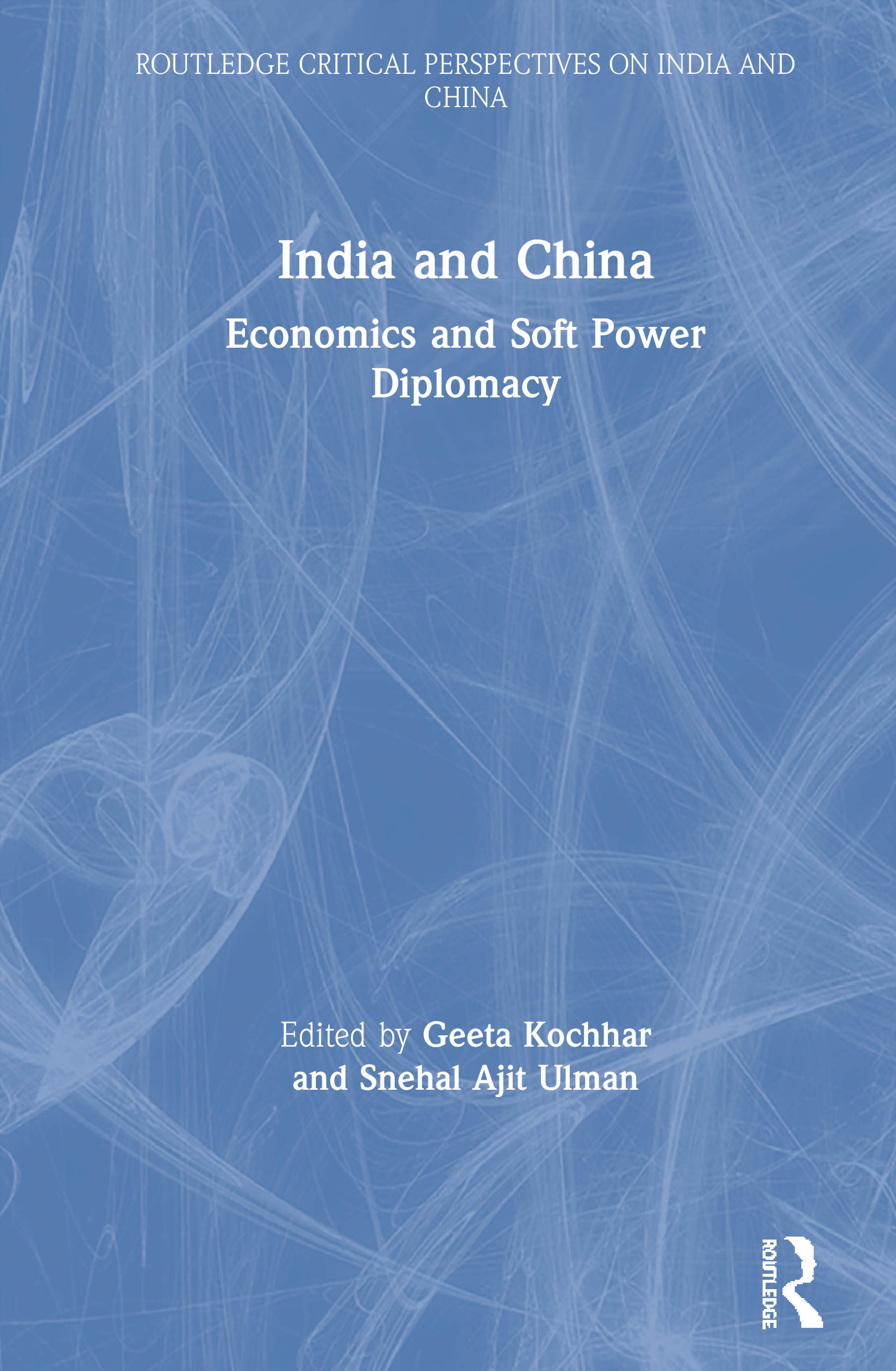 This book looks at the changing dynamics of diplomacy of the two emerging global powers—India and China. It examines trade relations, cultural ties and economic engagements of both countries and their shifting influence in the region surrounding them.

This volume takes an in-depth look at the trade and economic strategies of India and China through the prism of soft power diplomacy. It reflects on the challenges the two countries face over bilateral trade negotiations, the BRICS, China’s Silk Road project along with other issues of foreign policy. The book underlines the decisive role of the soft power approach and greater people-to-people contact in the global strategies of India and China and in fostering greater cooperation in the region.

The book will be of great interest to researchers and students of international relations, political science, public policy and international communications. It will also be useful for think tanks, policy makers and general readers who are interested in the India–China relationship and the politics of soft power diplomacy.

Snehal Ajit Ulman is a Ph.D. research scholar at the Centre for Chinese and South East Asian Studies, Jawaharlal Nehru University. He is also a Junior Research Fellowship holder and currently teaching undergraduate first year students in Jawaharlal Nehru University. He was awarded joint scholarship from Government of China and the Ministry of Human Resource Development to study in China for a year (Sept 2012 – July 2013). He has co-authored a book titled 1000 Powerful Chinese Lexicon: Chinese, English, Hindi (2017).

China and India together are home to more than one-third of the world’s population. Two of the fastest growing economies today, these two nations will be key to the world’s future. This unique collaborative series between the Routledge India and China publishing programmes, aims to bring cutting-edge, interdisciplinary research from and on these two global powers. The books in this series will focus on topical and emergent issues in contemporary China and India, presenting new perspectives on politics, society, economy, environment and culture.