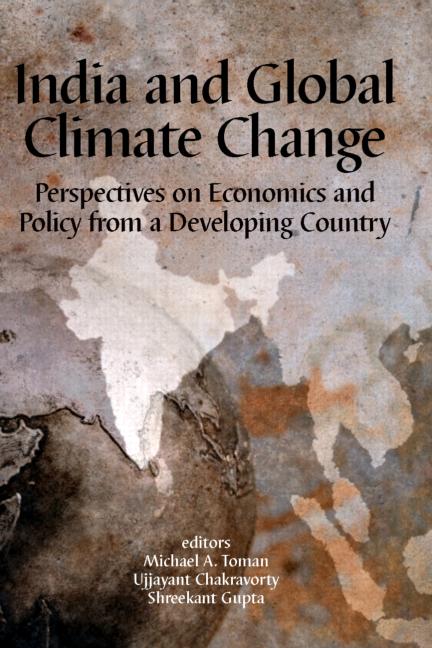 Perspectives on Economics and Policy from a Developing Country, 1st Edition

Edited by Michael A. Toman

Though the impact of climate change will most likely be greatest with the already poor and vulnerable populations in the developing world, much of the writing about the costs and benefits of different policies to reduce greenhouse gas (GHG) emissions is by Western scholars, working in advanced industrialized economies. Drawing the majority of its contributions from authors based at Indian universities and other research centers, India and Global Climate Change provides a developing world perspective on the debate. With a population of over one billion, and an economy that is undergoing substantial restructuring and greatly increased economic growth after a number of years of stagnation, India has an exceptional stake in the debate about climate change policy. Using the Indian example, this volume looks at such policy issues as the energy economy relationships that drive GHG emissions; the options and costs for restricting GHG emissions while promoting sustainable development; and the design of innovative mechanisms for expanded international cooperation with GHG mitigation.

'An important, original contribution to the literature on the economics of climate change policy in general and with respect to India and developing countries in particular.' Adam Z. Rose, Pennsylvania State University

Michael A. Toman is a senior economist at the Inter-American Development Bank and a former fellow at Resources for the Future. Ujjayant Chakravorty is an associate professor of economics at Emory University. Shreekant Gupta is a postdoctoral fellow at Massachusetts Institute of Technology (MIT) and an associate professor at the Delhi School of Economics, University of Delhi.