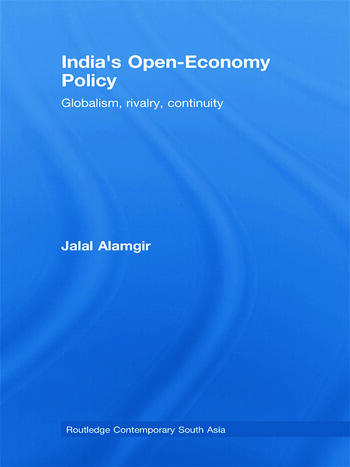 This book is the first major exploration of Indian political economy using a constructivist approach. Arguing that India’s open-economy policy was made, justified, and continued on the basis of the idea of openness more than its tangible effect, the book explains what sustained the idea of openness, what philosophy, interpretations of history, and international context gave it support, justification, and persuasive force.

Drawing on a wide range of contemporary and historical sources, and going as far back as the 19th century, the author reconstructs how Indian policymakers have interpreted economic priorities, perceived success and failure, and evaluated the destiny of their nation. By the 1990s, their imperatives increasingly highlighted a sense of rivalry, especially with China, and globalism, a desire to play a strong role in world affairs. The book shows how a sense of nationalist urgency was created through globalism and rivalry, allowing policymakers to privilege international needs over domestic political demands, replace economic independence with interdependence as a priority, and ensure that the broad basis of India’s openness could not be challenged effectively even though certain policies faced severe opposition.

This book will be of interest to those working on International Political Economy, Globalization, Economic History, Public Policy, and South Asian politics.

Preface  1. Explaining the Continuity of Openness  2. The Politics of Causes and Consequences  3. Roots of Globalism and Rivalry  4. Evolution of Economic Globalism and Economic Rivalry  5. Perception, Policy, and Persistence

The late Jalal Alamgir was Assistant Professor of Political Science at the University of Massachusetts, Boston, specializing in the relationships between globalization and representational politics.