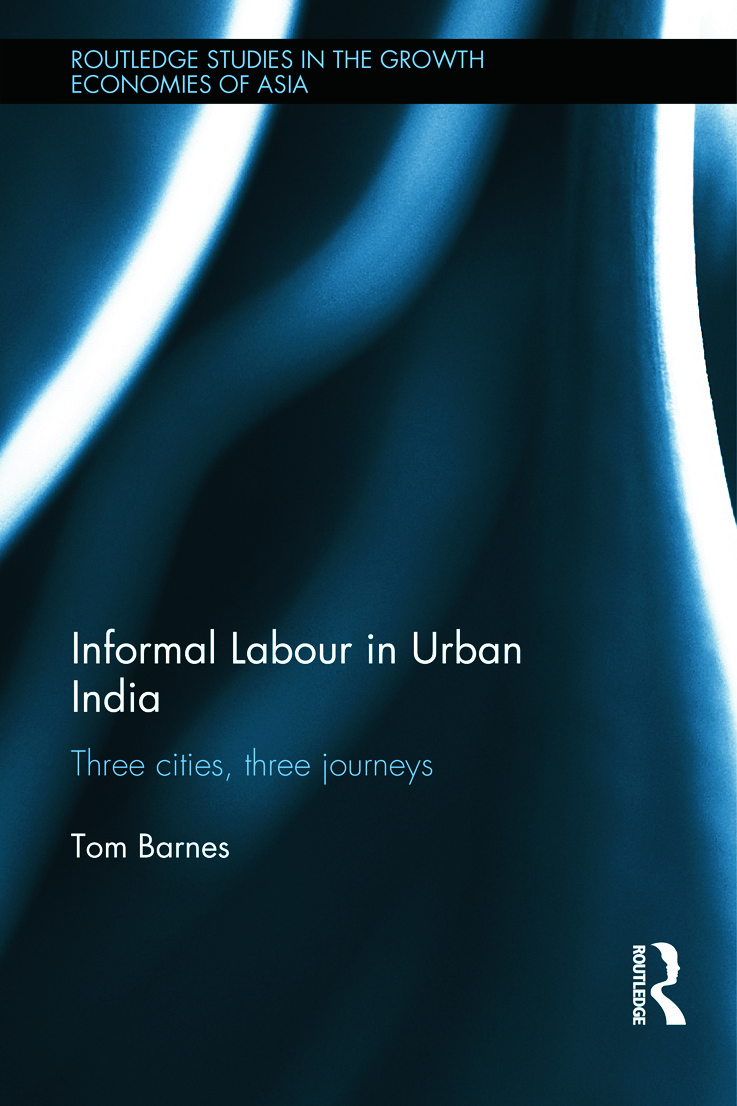 During the last two decades, rapid economic growth and development in India has been based upon the mass employment of informal labour. Using case studies from three urban regions, this book examines this growth in modern India’s cities and towns. It argues that India has undergone a process of uneven and combined development during its integration with the world economy, leading to a distorted form of urban development.

This book is about work and resistance in India’s massive ‘informal economy’. It looks at the growth of informal labour in Bangalore, Mumbai and New Delhi during an era of neoliberal economic policymaking. Going beyond mainstream accounts, it argues that India’s rapid economic development has been based upon the mass employment of workers on low wages who lack basic social protection and rights at work. It discusses how urban development in India is characterised by a combination of industrialisation, industrial relocation, restructuring and informalisation. Departing from some existing studies of de-industrialisation, it re-frames informalisation as a process that complements, rather than contradicts, contemporary industrialisation in rapidly-emerging economies. The book adopts a ‘classes of labour’ approach, classifying each case of informal labour as a specific ‘form of exploitation’: as a different way for employers to lower production costs, control workers and increase enterprise flexibility.

Offering a critique of existing data on the measurement and monitoring of informal labour and employment, the book is relevant to students and scholars of Development Studies, International Political Economy and South Asian Studies.

"Tom Barnes has written a fascinating study of the unevenness of India’s renowned industrial transformation. He shows that the growth process has been pertly driven by the interests of global capital, and that it depends crucially on informal labour drawn from the masses of people trying to scrape a living. The result is geographically unbalanced and class biased. Barnes combines empirical evidence, direct observation and careful political economic judgment to produce a cogent and insightful analysis. It is a thoroughly engaging book which changes the way in which Indian economic development should be viewed."

"Thomas Barnes has written a highly stimulating book on informal labour and capitalist development in urban India today. It provides new insights into Indian informalisation processes through a wide-ranging analysis of informal labour and uneven and combined development. Its focus on the growth of informalised wage labour, as opposed to self-employment, will provoke debate. Anyone concerned with informal work, wage labour and the underlying global and regional processes in India will appreciate this book."

"The large informal economy of India, which has grown even in formal sector during the period of liberalization, has been a complex phenomenon for the mainstream economic theories. This book, which covers the three large and growing though different kinds of urban regions in the country, offers new insights on this issue. While depicting the analysis on a longer term canvas, this work is grounded in both the existing social structure as well as the flexible global labour system. The book thus signifies an important endeavour towards understanding the functioning of contemporary labour processes in India."

is a postdoctoral research fellow in religion and society at the Australian Catholic University. His research background is in the comparative political economy of development, informal employment and labour movements. He is currently researching labour in the automotive industry in Australia and the United States, as well as India, Indonesia and China.