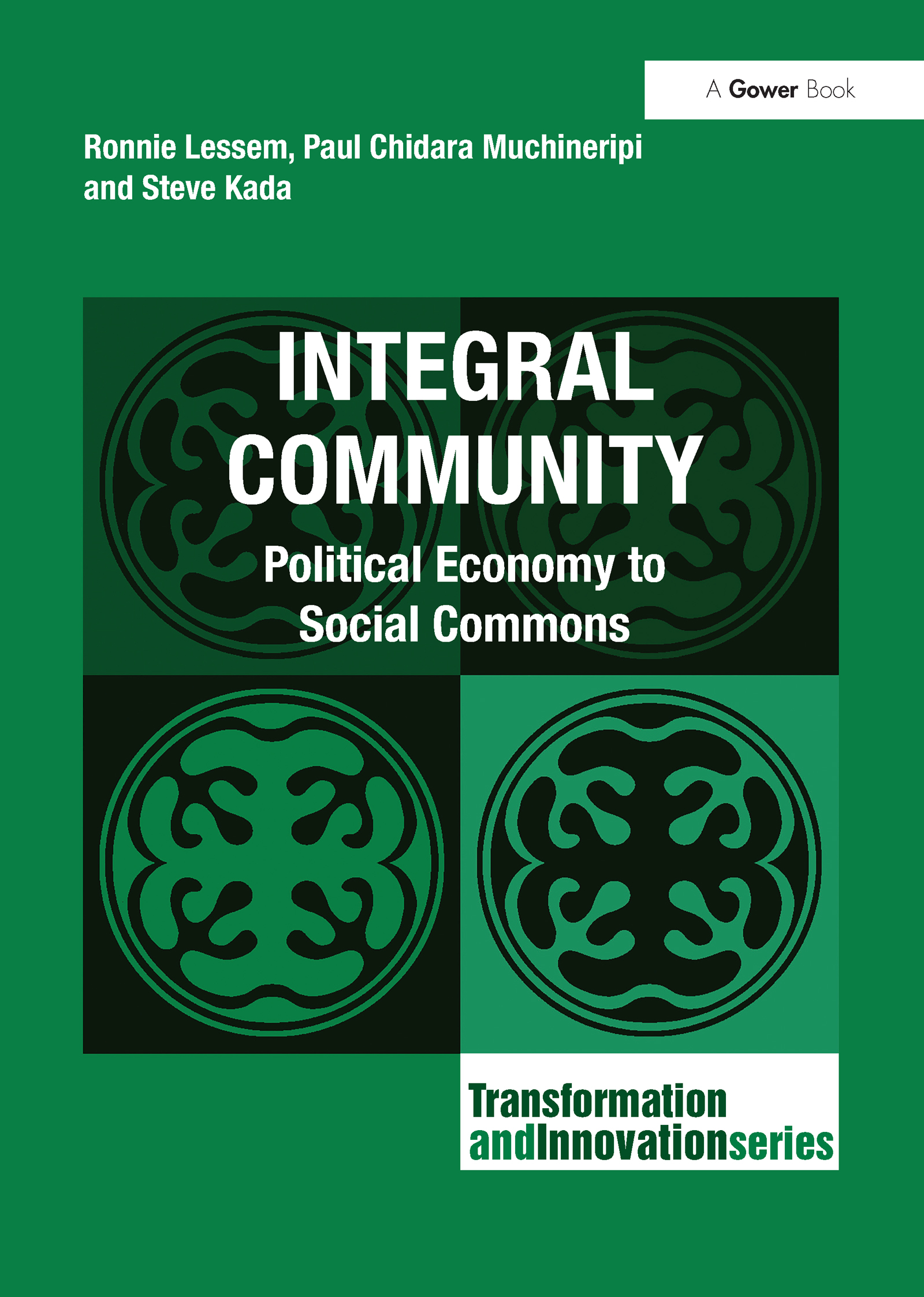 Integral Community moves the transformation journey for enterprises and society on from the stages covered in earlier books in Gower's Transformation and Innovation Series, which describe a new macro-economic framework and which have examined alternative development with different local communities, bringing wide cultural perspectives to practical implementation of authentic or integral development. Here, the authors argue that there are two major fields of force prevailing in today's world. The one reflects our common heritage, whereby East and West, North and South are coming ever closer together - the global commons. The other reflects local and national singularity, where the notion of feeding off ancient local heritage and talent is key. They also identify four different culturally laden worldviews as Southern - humanistic, Eastern - holistic, Northern - rational, and Western - pragmatic. The enterprise and social innovation in Africa with which Lessem's co-authors are involved provides an object lesson in the sort of differentiation and integration needed in order to operate, socio-economically, with local identity and global integrity. It provides in this case a 'Southern' worldview background against which to examine communally based self-sufficiency; culturally based developmental economy; knowledge based social economy; and finally, the move towards what the authors describe as a living economy. All illustrated through a rural case, Chinyika, with which they have been intimately involved, whereby 100,000 have become self sufficient over the past five years. Integral Community should be read by academics and students of business, economics, development studies and agriculture, and by policy makers, particularly those concerned with the developing world in general and Africa in particular.

'Lessem, Muchineripi, and Kada's rereading of economic and social relations is fascinating and challenging because its perspective is so deeply rooted in Southern African soil. The book is a wonderful combination of personal reflection, concrete analysis, and theoretical elaboration.' Michael Hardt, co-author of Empire, Multitude, and Commonwealth ’the lives of Chidara, Steve and Ronnie indeed accentuates that the transition from exogenous foundations to indigenous origination demonstrates that there is more to each than meets the familiar eye. The Da Vinci Institute is honoured to be included as a participant of this journey of self-reflection and discovery.’ Professor Bennie Anderson, CEO of Da Vinci 'Although they followed different career paths in their academic and work experiences, the deep African upbringing of Chidara, Ronnie and Steve, combine well to bring out the importance of culture on the business perspective of Southern Africa and indeed the rest of the world. The trio’s experience from childhood to the present brings to the fore the importance of transformational leadership in rebuilding Zimbabwe’s economy on a sustainable basis through the adoption of policies deeply rooted in the soil. The link between nature, community and spirituality serves as a strong foundation for the creation of a new world economic order in which the interests of the individual and society are reconciled for the benefit of the latter. This book is imperative for both students of business and business leaders who seek an alternative to resolve societal issues where conventional philosophies have fallen short.' Kennedy Mandevani, Managing Director, Dunlop Group, Zimbabwe

This series on enterprise transformation and social innovation comprises a range of books informing practitioners, consultants, organization developers, development agents and academics how businesses and other organizations, as well as the discipline of economics itself, can and will have to be transformed. The series prepares the ground for viable twenty-first century enterprises and a sustainable macroeconomic system. A new kind of R & D, involving social, as well as technological innovation, needs to be supported by integrated and participative action research in the social sciences. Focusing on new, emerging kinds of public, social and sustainable entrepreneurship originating from all corners of the world and from different cultures, books in this series will help those operating at the interface between enterprise and society to mediate between the two and will help schools teaching management and economics to re-engage with their founding principles.