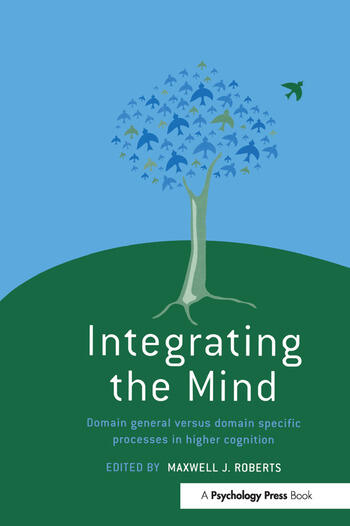 There are currently several debates taking place simultaneously in various fields of psychology which address the same fundamental issue: to what extent are the processes and resources that underlie higher cognition domain-general versus domain-specific? Extreme Domain Specificity argues that people are effective thinkers only in contexts which they have directly experienced, or in which evolution has equipped them with effective solutions. The role of general cognitive abilities is ignored, or denied altogether.

This book evaluates the evidence and arguments put forward in support of domain specific cognition, at the expense of domain generality. The contributions reflect a range of expertise, and present research into logical reasoning, problem solving, judgement and decision making, cognitive development, and intelligence. The contributors suggest that domain general processes are essential, and that domain specific processes cannot function without them. Rather than continuing to divide the mind’s function into ever more specific units, this book argues that psychologists should look for greater integration and for people’s general cognitive skills to be viewed as an integral part of their lives.

Integrating the Mind will be valuable reading for students and researchers in psychology interested in the fields of cognition, cognitive development, intelligence and skilled behaviour.

Maxwell J. Roberts is a psychology lecturer at the University of Essex.

Integrating the Mind is a "must have" volume for working researchers and graduate students in a variety of cognitive science disciplines. – Keith Stanovich, University of Toronto

The idea that central cognitive processes may be ‘massively modular’ and that this modularity is underpinned by evolutionary forces, has become increasingly influential in the past 15 years. This collection provides a much needed counterweight, critically re-evaluating the evidence for the modular view, and outlining alternative ‘integrated’ views of central cognitive processes. – Nick Chater, Professor of Cognitive and Decision Sciences, University College London

"Integrating the Mind: Domain Specific Processes in Higher Cognition is a book that challenges both the massive modularity hypothesis and extreme contextualism, perspectives on cognition that emphasize the central importance of domain-specific processes that operate only in narrow contexts." - Michael Hogan, PsycCRITIQUES