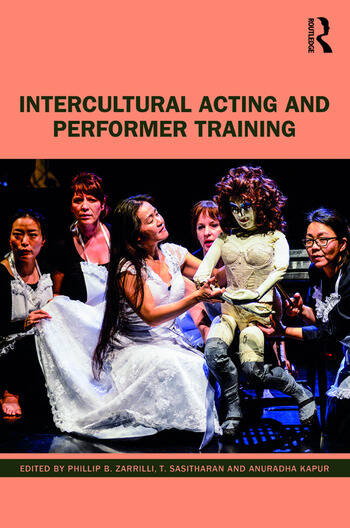 Intercultural Acting and Performer Training is the first collection of essays from a diverse, international group of authors and practitioners focusing on intercultural acting and voice practices worldwide. This unique book invites performers and teachers of acting and performance to explore, describe, and interrogate the complexities of intercultural acting and actor/performer training taking place in our twenty-first century, globalized world.

As global contexts become multi-, inter- and intra-cultural, assumptions about what acting "is" and what actor/performer training should be continue to be shaped by conventional modes, models, techniques and structures. This book examines how our understanding of interculturalism changes when we shift our focus from the obvious and highly visible aspects of production to the micro-level of training grounds, studios, and rehearsal rooms, where new forms of hybrid performance are emerging.

Ideal for students, scholars and practitioners, Intercultural Acting and Performer Training offers a series of accessible and highly readable essays which reflect on acting and training processes through the lens offered by "new" forms of intercultural thought and practice.

Chapter 2: From the flower to madness: the ontology of the actor in the work of SuzukiTadashi by Glenn Odom

Chapter 3: Dancing Hamlet in a world of frogs: butoh and the actor’s inner landscape by Tanya Calamoneri

Chapter 4: Stepping out of the frame: contemporary jingju actor training in Taiwan by JasmineYu-Hsing Chen

Chapter 6: The actor’s process of negotiating difference and particularity in intercultural theatre practice by Sunhee Kim and Jeungsook Yoo

Chapter 7: The role of ‘presence’ in training actors’ voices by Tara McAllister-Viel

Phillip Zarrilli is Artistic Director of The Llanarth Group and Emeritus Professor of Performance Practice at Exeter University, UK. Zarrilli is widely known for his publications on acting, including: Psychophysical Acting: an intercultural approach after Stanislavski (2009, 2010 Outstanding Book of the Year, ATHE); Acting (Re)Considered: Theories and Practices; and Acting: interdisciplinary and intercultural perspectives (co-author).

is Co-Founder and Director of the Intercultural Theatre Institute (ITI). He has worked as an actor, performer, director and producer and writes and lectures on art, theatre training, performance practice and Singapore culture. He received the Cultural Medallion, Singapore’s highest award for artists in 2012.

is a theatre maker and presently Visiting Professor at Ambedkar University, Delhi. She is the author of Actors, Pilgrims, Kings and Gods: the Ramlila at Ramnagar, and her writings on performance have been widely anthologized. She completed her term as Director National School of Drama, New Delhi in 2013.