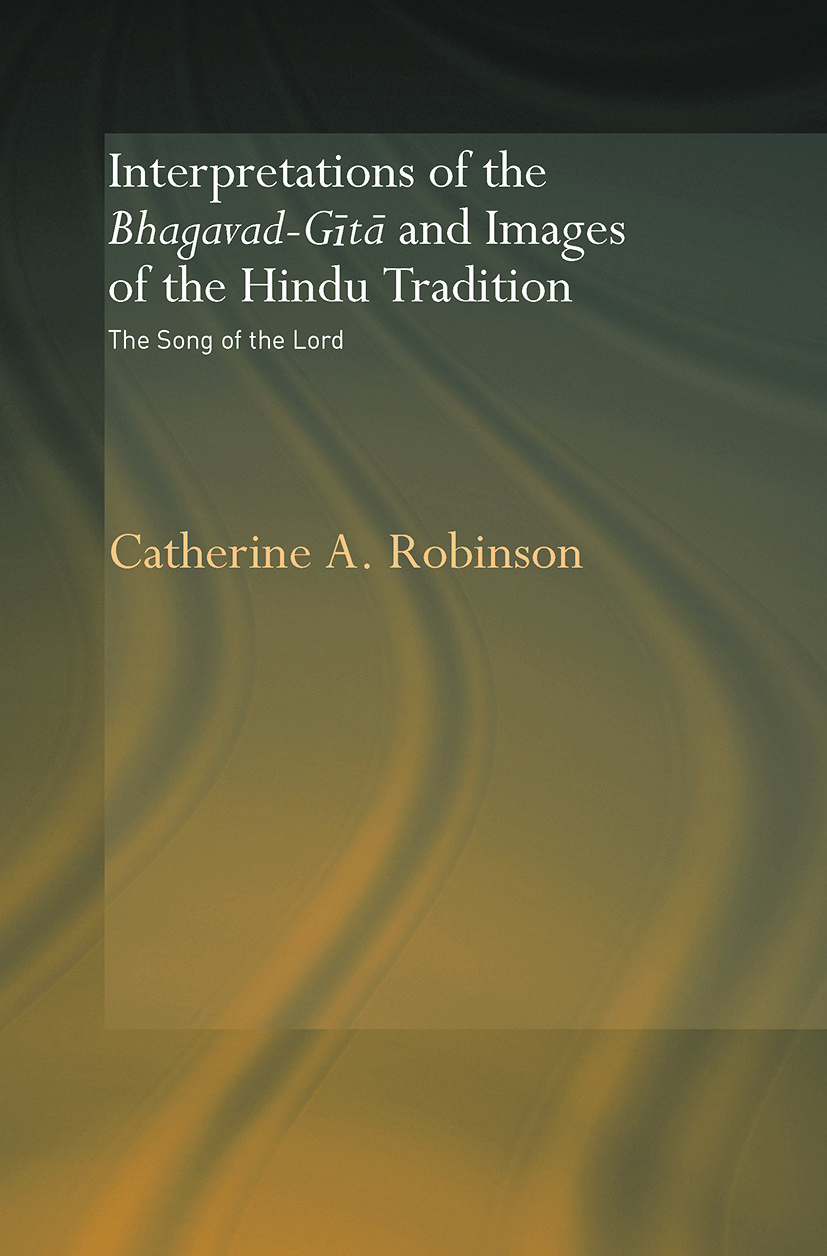 Interpretations of the Bhagavad-Gita and Images of the Hindu Tradition

The Song of the Lord, 1st Edition

By Catherine A. Robinson

Taking into account a range of influential Indian and western thinkers to illustrate trends in writing about the Bhagavad-Gita including Western academic; Indian activist; Christian theological; Hindu universalist; perennialist mystical and contemporary experiental accounts. Examining the ideas of such influential figures as F Max Muller, M K Ghandi, Bede Griffiths, Swami Vivekananda, Aldous Huxley and Swami Bhakivedanta, this book demonstrates the inextricable link between different interpretations of the Bhagavad-Gita and images of the Hindu tradition.

This accessible book aptly demonstrates the relevance of the Bhagavad-Gita for an understanding of Hinduism as a modern phenomenon.

'The body of Robinson's book is a careful and well-documented examination of various approaches to the Gita from the academic/scholarly orientation to the perspective of social-political activism, to Christian theological and missionary critiques, to universalist visions, and finally to the approach favoring romantic and mystical insights (notably Transcendentalism, Theosophy, and the Philosophia Perennis movement).'

'Many of the authors observations are very astute and will undoubtedly become part of all more self-critical scholarly studies of the Gita.' - Traditional Yoga Studies

Catherine A. Robinson is Senior Lecturer in the Study of Religions at Bath Spa University; she is the author of Tradition and Liberation: The Hindu Tradition in the Indian Women's Movement (also published by Routledge).