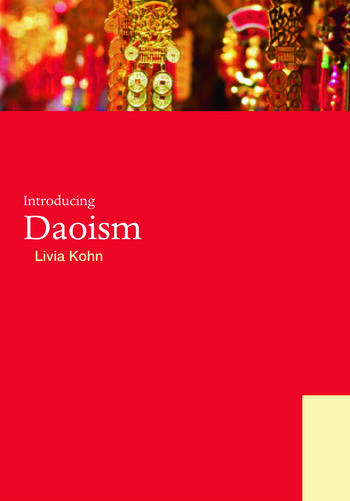 Daoism is one of the major religious traditions of the East, but in the past has not been as well known as Buddhism and Hinduism. With the increased interest in Eastern religions, and alternative spiritual traditions, interest in Daoism is increasing. Introducing Daoism is a lively and accessible introduction to this fascinating religion.

Introducing Daoism presents Daoism’s key concepts and major practices in an integrated historical survey. From Daoism’s origins in antiquity, through the Tang, Ming, and Quing dynasties, and into the present day, Livia Kohn explores Daoism’s movements and schools, including: Daoist philosophy, the organized religion, and Daoist health practices. Each chapter introduces the main historical events of the period, the leading figures in Daoism, and Daoist scriptures and practices, as well as covering a wealth of fascinating topics such as Chinese cosmology, Daoist understanding of the body, rituals and doctrine, meditation, mythology, and poetry. Livia Kohn examines the connections between the defining concepts, history, and practices of Daoism, and key issues in Asian and Western comparative religions, making this the essential text for students studying Daoism on World Religions courses.

Illustrated throughout, the book also includes text boxes, summary charts, a glossary which includes Chinese characters, and a list of further reading to aid students’ understanding and revision. The accompanying website for this book can be found at www.routledge.com/textbooks/9780415439978.

Part 1: Foundations  1. The Dao that Can't be Told  2. At Ease in Perfect Happiness  3. From Health to Immortality  4. Cosmos, Gods and Governance  Part 2: Development  5. Major Schools in the Middle Ages  6. Ethics and Community  7. Creation and the Pantheon  8. Religious Practices  Part 3: Modernity  9. Modern Daoism  10. Reaching for the Dao  11. Daoism in China Today  12. Western Adaptations  Part 4: Reflections  13. The Nature and Study of Daoism

Livia Kohn is Professor Emerita of the Department of Religion at Boston University. For her current activities see www.liviakohn.com