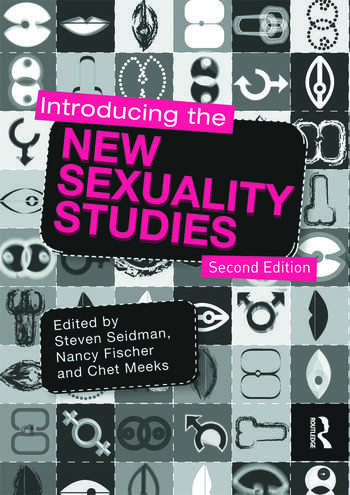 Breaking new ground, both substantively and stylistically, Introducing the New Sexuality Studies, Second Edition offers students and academics an engaging, thought-provoking introduction and overview of the social study of sexualities. Its central premise is to explore the social construction of sexuality, the role of social differences such as race or nationality in creating sexual variation, and the ways sex is entangled in relations of power and inequality. Through this approach the field of sexuality is considered in multicultural, global, and comparative terms, and from a truly social perspective.

The second edition of this definitive textbook consists of over seventy-five short, original essays on the key topics and themes in sexuality studies. It also includes interviews with fourteen leading scholars in the field, which convey some of the most innovative work currently being undertaken. Each contribution is original, presenting the latest thinking and research in clear and accessible terms, using engaging examples to illustrate key points.

This topical and timely volume will be an invaluable resource to all those with an interest in sexuality studies, gender studies and LGBTQ studies.

Part 1: Sex as a Social Fact  1. Theoretical Perspectives by Steve Seidman  2. The Social Construction of Sexuality interview with Jeffrey Weeks  3. Surverying Sex interview with Edward Laumann  Part 2: Sexual Meanings  4. Popular Culture Constructs Sexuality interview with Joshua Gamson  5. Sexual Pleasure by Kelly James  6. Purity and Pollution: Sex as Moral Discourse by Nancy Fischer  7. Sex and Power by Kristen Barber  8. Sexual Politics in Intimate Relationships: Sexual Coercion and Harassment by Lisa K. Waldner  9. Gay and Straight Rites of Passage by Chet Meeks  Part 3: Sexual Bodies and Behaviours  10. Medicine and the Making of a Sexual Body by Celia Roberts  11. The Body, Disability and Sexuality by Thomas Gerschick  12. Sexualizing Asian Male Bodies by  Travis S. K. Kong  13. Sex and the Senior Woman by Meika Loe  14. Polishing the Pearl: Discoveries of the Clitoris by Lisa Jean Moore  15. Orgasm by Juliet Richters  16. Anal Sex: Phallic and Other Meanings by Simon Hardy  17. Sexual Intercourse by Kerwin Kaye  18. Viagra and the Coital Imperative by Nicola Gavey  Part 4: Gender and Sexuality  19. Unruly Bodies: Intersex Variations of Sex Development by Sharon E. Preves  20. Transgendering: Challenging the 'Normal' by Kimberly Tauches  21. Transsexual, Transgender, and Queer interview with Viviane Namaste  22. Gender and Heterosexism in Rock-n-roll interview with Mimi Schippers  23. Adolescent Girls' Sexuality: The More it Changes, the More it Stays the Same by Deborah L. Tolman  24. Not 'Straight', but Still a 'Man': Negotiating Non-heterosexual masculinities in Beirut by Ghassan Moussawi  25. How Not to Talk to Muslim Women: Patriarchy, Islam and the Sexual Regulation of Pakistani Women by Saadia Toor  26. 'Guys are just Homophobic': Rethinking Adolescent Homophobia and Heterosexuality by CJ Pascoe  27. Mis-conceptions about Unintended Pregnancy: Considering Context in Sexual and Reproductive Decision-making by Jennifer A. Reich  Part 5: Intimacies  28. Romantic Love interview with Eva Illouz  29. Gender and the Organization of Heterosexual Intimacy by Daniel Santore  30. Shopping for Love: On-line Dating and the Making of a Cyber Culture of Romance by Sophia DeMasi  31. Covenant Marriage: Reflexivity and Retrenchment in the Politics of Intimacy by Dwight Fee  32. Interracial Romance: The Logic of Acceptance and Domination by Kumiko Nemoto  33. Lesbian and Gay Parents by Yvette Taylor  34. Parners of Transgender People by Carey Jean Sojka  Part 6: Sexual Identities  35. Straight Men by James Dean  36. Sexual Narratives of 'Straight' Women by Nicole LaMarre  37. Lesbians interview with Tamsin Wilton  38. The Disappearance of the Homosexual interview with Henning Beck  39. Gay Men and Lesbians in the Netherlands by Gert Hekma and Jan Willem Duyvendak  40. The Bisexual Menace Revisited: or, Shaking up Social Categories is Hard to do by Kristen Esterberg  41. Bisexualities in America interview with Paula Rodriguez Rust  42. Multiple Identities: Race, Class, and Gender in Lesbian and Gay Affirming Protestant Congregations by Krista McQueeny  Part 7: Sexual Institutions and Sexual Commerce  43. One is Not Born a Bride: How Weddings Regulate Heterosexuality by Chrys Ingraham  44. Change and Continuity in American Marriage by Erica Hunter  45. The Political Economy of Sexual Labor interview with Elizabeth Bernstein  46. Sex Sells, but What Else Does it Do? The American Porn Industry by Chris Pappas  47. Sex Workers Interview with Wendy Chapkis  48. Conflicts at the Tubs: Bathhouses and Gay Culture and Politics in the United States by Jason Hendrickson  49. Queering the Family by Mary Burke and Kristine Olsen  50. Pleasure for Sale: Feminist Sex Stores by Alison Better  Part 8: Sexual Cultures  51. Sexual Liberation and the Creative Class in Israel by Dana Kaplan  52. Internet Sex: The Seductive Freedom To by Dennis Waskul  53. The Time of the Sadomaschoist: Hunting with(in) the 'Tribus' by Darren Langdridge  54. Secret Sex and the Down-lo Brotherhood by Justin Luc Hoy  55. Wait... Hip Hop Sexualities  by  Thomas F. DeFrantz  56.  Gay Men Dancing: Circuit Parties by Russell Westhaver  Part 9: Sexual Regulation and Inequality  57. Sexuality, State and Nation by Jyoti Puri  58. Iran's Sexual Revolution by Pardis Mahdavi  59. Christianity and the Regulation of Seuxality in the United States by Joshua Grove  60. The Marriage Contract by Mary Bernstein  61. Healing Disorderly Desire: Medical-therapeutic Regulation of Sexuality by P. J. McGann  62. Schools and the Social Control of Sexuality by Melinda Miceli  63. Law and the Regulation of the Obscene by Phoebe Christina Godfrey  Part 10: Sexual Politics  64. Gay Marriage: Why Now? Why At All? by Reese Kelly  65. The US Supreme Court and the Politics of Gay and Lesbian Rights by Gregory Maddox  66. The Politics of AIDS: Sexual Pleasure and Danger by Jennifer Gunsaullus  67. The Pro-family Movement by Tina Fetner  68. Politics of Sex Education Interview with Janice M. Irvine  69. Gender and Sexual Politics: American Gay Rights and Feminist Movement by Megan Murphy  70. Sexual Dissent: A Post-identity Culture of Sexual Resistance in the Case of Lebanese Nonheterosexuals by Steven Seidman  71. War and the Politics of Sexual Violence by Margarita Palacios & Silvia Posocco  Part 11: Global and Transnational Sexualities  72. Condoms in the Global Economy by Peter Chua  73. Sexual Tourism Interview with Julia O'Connell Davidson  74. Migrant Sex Work and Trafficking by Laura Agustin  75. The Public and Hidden Sexualities of Filipina Women in Lebanon by Hayeon Lee  76. Mexican Immigrants, Hetersexual Sex and Loving Relationships in the United States Interview with Gloria Gonzalez-Lopez  77. Gender, Sexuality, and the Lebanese Diaspora: Global Identities and Transnational Practices by Dalia Abdelhady

Steven Seidman is a Professor of Sociology at the State University of New York at Albany. His books include Romantic Longings: Love in America, 1830-1980 (Routledge, 1991), Embattled Eros: Sexual Politics and Ethics in America (Routledge, 1992), Beyond the Closet (Routledge, 2002), and The Social Construction of Sexuality (W. W. Norton & Co, 2003).

Nancy Fischer is an Associate Professor of Sociology, and the Director of Metro-Urban Studies at Augsburg College in Minneapolis, Minnesota. She is a former chair of the American Sociological Association’s Section on Sexualities. She has written about incest, urban sustainability, and is currently working on a project on the social meaning of second hand and vintage clothing.

Chet Meeks was an Assistant Professor of Sociology at Georgia State University in Atlanta, Georgia. He was a queer theorist and taught courses in Sociology of Sexuality and Social Theory at Georgia State (and previously at Northern Illinois University). His published works include ‘Civil Society and the Sexual Politics of Difference’ published in Sociological Theory, as well as the co-edited Handbook of New Sexuality Studies (Routledge, 2006). He passed away in 2008.