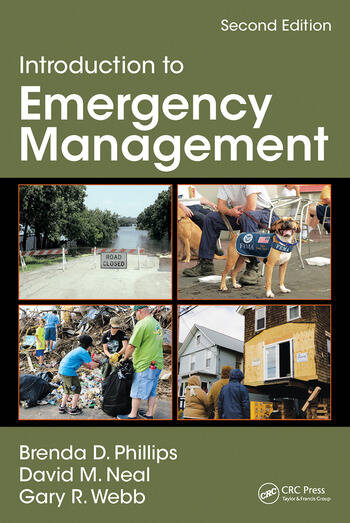 Emergency management university programs have experienced dramatic and exponential growth over the last twelve years. This new, fully updated edition introduces majors and minors to the field and provides content accessible to those students taking introductory emergency management courses. The book’s student-centered focus looks at the regional, state, and local level response, as well as some of the often misunderstood or overlooked social aspects of disasters. Real-world cases are described throughout including considerations of international emergency management and disasters alongside features from former students now working as professionals in the field of emergency management.

Chapter 4: Research Methods and the Practice of Emergency Management

Chapter 12: The Next Generation of Emergency Managers

Brenda Phillips, Ph.D., is the Associate Dean and Professor of Sociology at Ohio University in Chillicothe. She is the author of Disaster Recovery, Introduction to Emergency Management, Qualitative Disaster Research and Mennonite Disaster Service. She has co-edited Social Vulnerability to Disasters and Women and Disasters: from theory to practice. Dr. Phillips is the recipient of the Blanchard Award for excellence in emergency management education and the Myers Award for work on the effects of disasters on women. She was inducted into the International Women’s Hall of Fame for Emergency Management and Homeland Security in 2013. She has been funded multiple times by the National Science Foundation with publications in multiple peer-reviewed journals. Dr. Phillips has been invited to teach, consult, or present in New Zealand, Australia, Germany, India, Costa Rica, Mexico, Canada, Sweden, and the People’s Republic of China. She is a graduate of Bluffton University (Ohio) and The Ohio State University. Locally, Dr. Phillips is a member of the Ross County Local Emergency Planning Committee, the Ross County Safety Council Board of Directors, and the Chillicothe Rotary. She recently led efforts to re-establish the OUC Emergency Response Training Center for widespread and affordable local use by emergency responders.

is a sociologist serving as a professor with the Fire and emergency Management Program in the Department of Political Science at Oklahoma State University. He has studied a wide range of events (e.g., blizzards, tornadoes, floods, hurricanes, earthquakes, hazardous materials, tsunamis) throughout the United States, and also in Sweden and India. Such organizations as FEMA, NASA, the National Science Foundation, and the American Red Cross among others have funded his research. He taught his first class on disasters in 1979 at the University of Evansville. In 1989, he joined the Institute of Emergency Administration Planning at the University of North Texas, where he became the first full time Ph.D. faculty member with the first emergency management degree program and later served as its director. He has published academic articles on developing emergency management degree programs and using virtual teaching environments for teaching emergency management. He has also served as a consultant for universities starting undergraduate and graduate degrees in emergency management and fire administration. In 2015, he received the Blanchard Award for excellence in emergency management education. He has also served as a Red Cross disaster volunteer and as Chapter Chair of the Denton County Red Cross. He received his bachelor’s and master’s degrees from Bowling Green State University and his Ph.D. in sociology from The Ohio State University, where he also served as a research assistant with the Disaster Research Center. His current interests focus on crisis and disaster research in Sweden, and writing on the sociology of science of disaster research.

, is a professor in the Emergency Administration and Planning (EADP) program at the University of North Texas. Previously he was a faculty member in the sociology department at Oklahoma State University, where he received the Regents Distinguished Teaching Award. He holds a PhD from the University of Delaware, where he worked at the Disaster Research Center, and he specializes in the study of organizational preparedness for and response to extreme events. His research has been supported by various agencies, including the U.S. National Science Foundation, and it has appeared in a variety of professional journals, including the International Journal of Mass Emergencies and Disasters, International Journal of Emergency Management, Journal of Contingencies and Crisis Management, Natural Hazards Review, and Environmental Hazards. His research has also been featured in national media outlets, including the Los Angeles Times, Newsday, and Christian Science Monitor. He has been invited to teach or present his research to international audiences in Denmark, France, South Korea, The Netherlands, and Turkey. 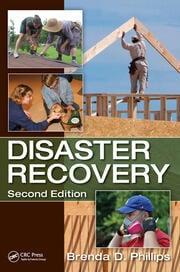 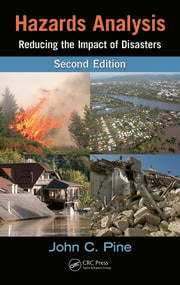