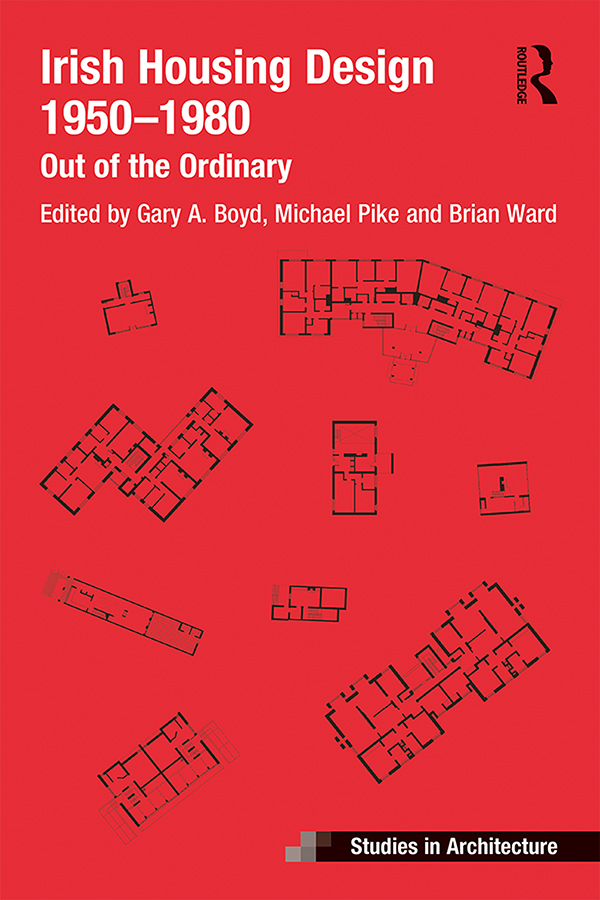 Out of the Ordinary, 1st Edition

This book examines the architectural design of housing projects in Ireland from the mid-twentieth century. This period represented a high point in the construction of the Welfare State project where the idea that architecture could and should shape and define community and social life was not yet considered problematic. Exploring a period when Ireland embraced the free market and the end of economic protectionism, the book is a series of case studies supported by critical narratives. Little known but of high quality, the schemes presented in this volume are by architects whose designs helped determine future architectural thinking in Ireland and elsewhere. Aimed at academics, students and researchers, the book is accompanied by new drawings and over 100 full colour images, with the example studies demonstrating rich architectural responses to a shifting landscape.

Irish Housing Design at the Crossroads

2 ‘As easy as plugging in a fire’: Modernity, Morality and the Mespil Apartments 1958-72

4 The Sharp Edge of Newness: Situating the Simmonscourt Apartments 1964 - 1966

6 An Architecture of Connections: the Ballybrack Cooperative 1969-72

8 The Coombe North: Roads, Activism and an Architecture for Dublin’s Liberties

Gary A. Boyd is Professor and Head of Architecture at Queen’s University, Belfast. A Leverhulme Major Research Fellow (2018-2021), he was also project leader for a Getty Foundation Keeping it Modern award to conduct research on the conservation of St Brendan’s School, Birr by the architects Peter and Mary Doyle (2018-19). In 2014, he was joint commissioner-curator of Infra-Éireann – the Irish Pavilion at the Venice Architectural Biennale – and assumed a similar role in Making Ireland Modern which toured as part of the Irish Arts Council’s centennial celebrations in 2016. Written works include authoring Hospital, Spectacle and Vice: Dublin 1745-1922 (2005) and co-editing Ordnance: War + Architecture & Space (2013) and Infra Éireann: Infrastructure and the Architectures of Modernism in Ireland 1914-2014 (2015).

is a lecturer in the Dublin School of Architecture at the Technological University Dublin. Having graduated from UCD Architecture, he worked with a number of award-winning practices in Ireland. His PhD examined the history of town planning in Edwardian Dublin, in particular the contributions of Raymond Unwin, CR Ashbee and John Nolen. Brian has contributed to various publications on modern architecture and town planning in Ireland. During 2019 he curated an exhibition on Marion Mahony Griffin for the Irish Architecture Foundation.

is Assistant Professor in the School of Architecture, Planning and Environmental Policy, University College Dublin and a Director of GKMP Architects. In 2017 he completed a Research Masters on the work of the Catalan architect, José Antonio Coderch (1913-84). The work of GKMP Architects is primarily concerned with the design of domestic space, both individual houses and housing projects. The practice has received a significant number of architectural awards and has been exhibited and published internationally, including at the Venice Biennale 2018 and the Chicago Architecture Biennial 2015.