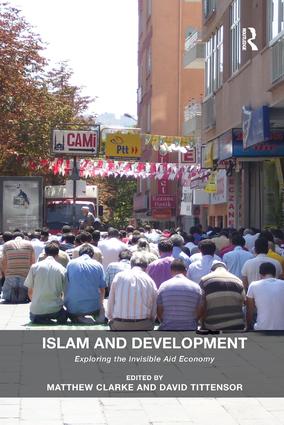 The study of Islam since the advent of 9/11 has made a significant resurgence. However, much of the work produced since then has tended to focus on the movements that not only provide aid to their fellow Muslims, but also have political and at times violent agendas. This tendency has led to a dearth of research on the wider Muslim aid and development scene. Focusing on the role and impact of Islam and Islamic Faith Based Organisations (FBOs), an arena that has come to be regarded by some as the 'invisible aid economy', Islam and Development considers Islamic theology and its application to development and how Islamic teaching is actualized in case studies of Muslim FBOs. It brings together contributions from the disciplines of theology, sociology, politics and economics, aiming both to raise awareness and to function as a corrective step within the development studies literature.

’…with its compilation of nine thematic as well as case-based chapters, this book offers an in-depth examination of mainly non-governmental sources and structures of Islamic faith-based, or at least faith-inspired, aid and charity. Although much of it is never reflected in the donor statistics, it is nonetheless often embedded in the fabric of real society� or sectors thereof. The work documents an interaction and intertwining between aid, charity and religion that, throughout history, has been more the rule than exception. As such, the practical relevance of this book goes well beyond academia, and also targets aid professionals, policy makers and development journalists.’ Bruno De Cordier, Ghent University, Belgium ’Islam and Development is, overall, a timely and compelling volume that I recommend not only to students and academics but also to professionals in aid agencies; the language is accessible to anyone and the book includes significant practical suggestions for aid agencies.’ Islam and Christian Muslim Relations

PART I: Islam in Development

1 Zakat and Poverty in Islam

2 The Changing Nature of Islamic Mission: The Cases of Tablighi Jama’at and the Gülen Movement

4 Development by Muslims, with Muslims and among Muslims: Prospects and Challenges for Christian Aid Agencies

7 Mobile Phones and Religion: The Case of Women Micro-Entrepreneurs in a Religious Community in Indonesia

Matthew Clarke is the Head of the School of Humanities and Social Sciences, Deakin University, Australia. He is the author of six books, including Religion and Development: Theology and Practice published in 2011. David Tittensor is a Research Fellow at the Centre for Citizenship and Globalisation, Deakin University, Australia. His research interests include the study of Muslim movements, Turkish politics and society, religion and development, and the Middle East.