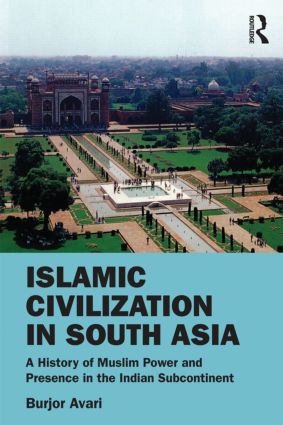 A History of Muslim Power and Presence in the Indian Subcontinent, 1st Edition

Muslims have been present in South Asia for 14 centuries. Nearly 40% of the people of this vast land mass follow the religion of Islam, and Muslim contribution to the cultural heritage of the sub-continent has been extensive. This textbook provides both undergraduate and postgraduate students, as well as the general reader, with a comprehensive account of the history of Islam in India, encompassing political, socio-economic, cultural and intellectual aspects.

Using a chronological framework, the book discusses the main events in each period between c. 600 CE and the present day, along with the key social and cultural themes. It discusses a range of topics, including:

Excerpts at the end of each chapter allow for further discussion, and detailed maps alongside the text help visualise the changes through each time period. Introducing the reader to the issues concerning the Islamic past of South Asia, the book is a useful text for students and scholars of South Asian History and Religious Studies.

"…..the author’s story is extremely well-told – This will be a most accessible book, and most pleasingly his exposition, working over some heavily contested areas of history, is very well-balanced".

Islamic Civilization in South Asia presents a solid account of Muslim power and presence in the Indian subcontinent. The book’s strength lies in its probing analysis of the political and socio-economic aspects of Indo-Muslim history, and will help students of South Asian Islam interrogate the relationship between power and knowledge and the political dimensions of cultural forms.

1. Introduction 2. The Era of Arab Predominance 3. Turkish Power and Persian Culture in the Age of Transition 4. The Delhi Sultanate at its Zenith 5. New Centres of Muslim Power and Culture 6. The Mughal Ascendancy: Akbar and his Successors 7. The Age of Mughal Disintegration 8. Muslims under the East India Company 9. Stirrings of a Muslim Modernity under the Raj 10. Unity or Separatism? Muslim Dilemma at the End of the Raj 11. Epilogue: New Challenges in a Fractured Subcontinent

Burjor Avari is Honorary Research Fellow at Manchester Metropolitan University, UK. His research interests include Indian and South Asian History, and he is the author of India: The Ancient Past – The History of the Indian Subcontinent from 7000 BC to AD 1200 (Routledge, 2007).