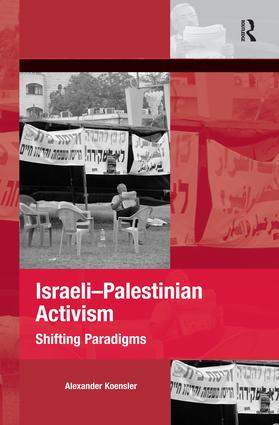 When do words and actions empower? When do they betray? Based on ethnographic fieldwork, this volume tracks the repercussions of advocacy activism against house demolitions in 'unrecognised' Arab-Bedouin villages in Israel's southern 'internal frontier'. It highlights the repercussions of activism for victims, fund-raisers and activists. The ethnographic episodes show how humanitarian aid intervention and indigenous identity politics can turn into a double-edged sword. Ironically, institutional lobbying for coexistence and its interpretative categories can sometimes perpetuate different forms of subjugation. The volume also shows how, beyond the institutional lobbying, novel figures of activism emerge: informal networks create non-sectarian, cross-cutting countercultures and rethink human-environment relationships. These experimental political subjects redefine the categories of the conflict and elude the logic of zero-sum games; they point towards a shifting paradigm in current ethnopolitics. Koensler outlines an ethnographic approach for the study of social movements that follows multiple relations around mobilisations rather than studying activism in itself. This perspective thus becomes relevant for scholars and activists engaged with the Israeli-Palestinian conflict and those interested in global rights discourses.

’Retelling several times the ritual of destruction-reconstruction of a single uninhabited village, Koensler gently unpeels almost Borgesian layers of illusions and misconceptions about conflicts staged by multiple actors for different effects. A writing experiment in minimalist details sketching complex structures, and a meditation on styles of personal and existential activism. Not for those who already know the answers.’ Michael M.J. Fischer, Massachusetts Institute of Technology, USA and author of Anthropological Futures ’The Israel-Palestinian conflict has been often portrayed as a zero-sum game where social activists fight vigilantly to promote peace and overcome local entrenched hostilities. In this sensitive ethnography Alexander Koensler teaches us to break from common-sense assumptions about "the conflict" and about the ways we understand social movements in general and Israeli activism in particular. The book will be of great interest to those interested in the Middle-East. The analysis of social movements and activism will be of use to anthropology students as well as to social scientists concerned with questions of community and processes of ethnicisation.’ Pnina Motzafi-Haller, Ben Gurion University of the Negev, Israel 'Israeli-Palestinian Activism: Shifting Paradigms is a brave, ambitious and insightful ethnographic investigation focused on the various types of contemporary activism occurring throughout the Negev/Naqab Desert. Written by Alexander Koensler, a faculty member at Queen's University, Belfast, the book predominantly focuses on the plight of the Negev Bedouin and their ongoing struggles for civic equality, land rights, and the provision of basic services to unauthorized Bedouin villages.' Middle East Media & Book Reviews

Alexander Koensler is Research Fellow at the Institute for the Study of Conflict Transformation and Social Justice, Queen's University Belfast, UK.

Published in conjunction with Mobilization: An International Quarterly, the premier research journal in the field contentious politics, this series publishes research in social movements, protest and strategies of resistance. This is an expansive area of study that includes research in sociology and political science, as well as from communications, geography, social psychology, and anthropology. The series welcomes proposals on a range of topics and theoretical perspectives, including movement strategies and organization, new communication technologies, protest in the global South, resistance in different state systems, cultural movements, identity politics, and more.