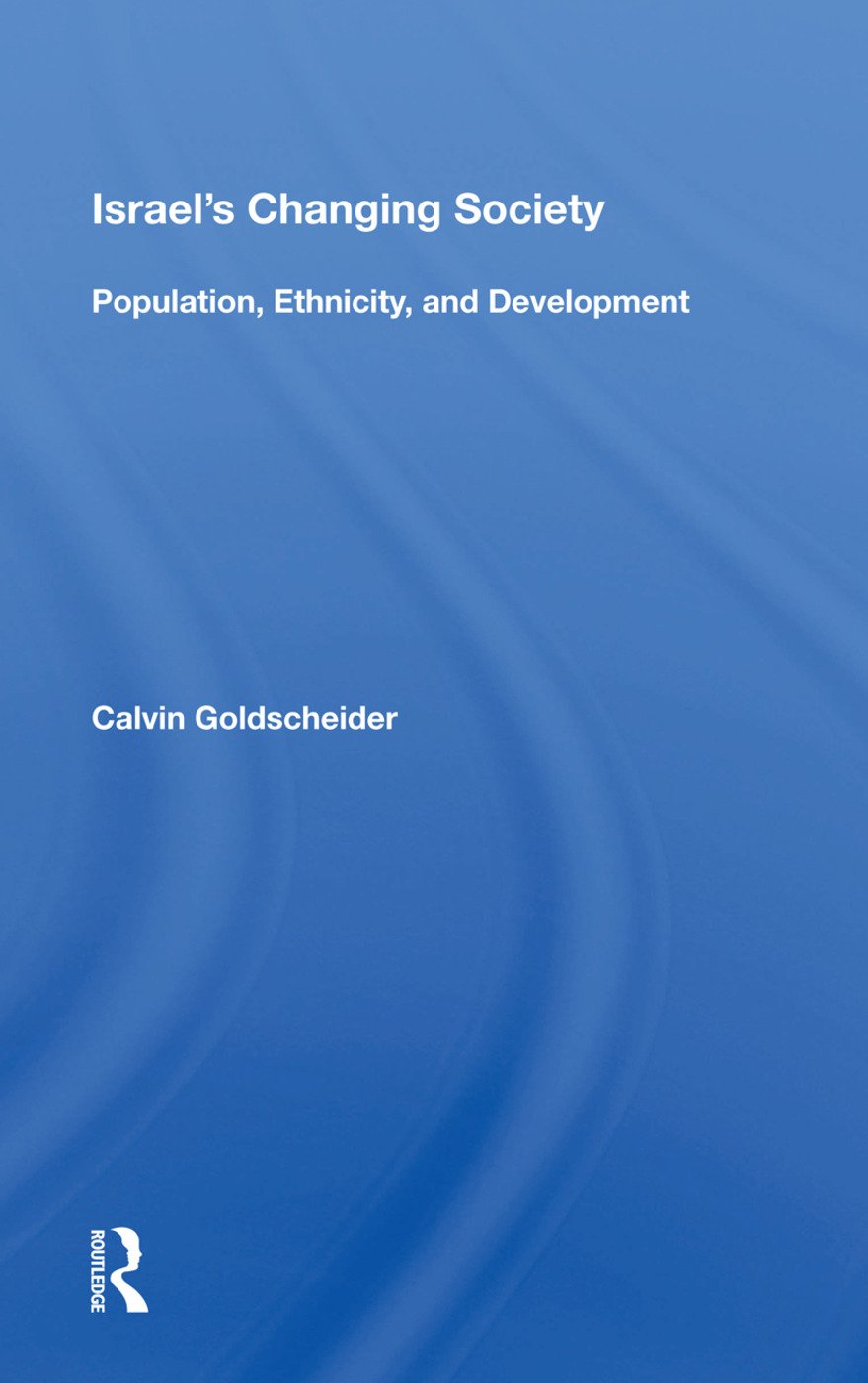 This book provides the most up-to-date assessment of Israel's society today, portraying the country's ethnic diversity, its economy, and demographic changes. Revealing linkages between demographic transformation and socioeconomic change, Goldscheider shows how ethnic group formation emerged in Israel to create the present mix of Jewish and Arab pop

Calvin Goldscheider is Professor of Sociology and the Ungerleider Professor of Judaic Studies at Brown University, Providence, Rhode Island. He is a Faculty Associate of the Population Studies and Training Center and formerly Chair of the Department of Sociology at Brown. Before coming to Brown University, he was Professor of Sociology and Demography at the Hebrew University of Jerusalem, Israel, and Chairman of their Department of Demography. He has also held sociology faculty appointments at the University of Southern California, the University of California, Berkeley and Brandies University. He has been a Senior Fulbright Research Scholar affiliated with the Demography Unit and the Center for Women's Studies at Stockholm University, Sweden and is Visiting Professor at the Center for Women's Studies there in 2001-2002 carrying out research on immigrant families in Sweden. He graduated with Honors from Yeshiva University in New York and received his M.A. and Ph.D. from Brown University.His major research publications have focused on the sociology and demography of ethnic populations, historically and comparatively, with a particular emphasis on family and immigration. He has published extensively in these fields in the leading sociology and demography journals. He has edited several collections of original scholarly research in demography, including Population and Social Change in Israel and Population, Ethnicity, and Nation Building (a total of seven were published by Westview Press). His major authored and co-authored books include: The Population of Israel; The Ethnic Factor in Family Structure and Mobility; The Transformation of the Jews; Jewish Continuity and Change; Leaving Home Before Marriage; The Transition to Adulthood; and Cultures in Conflict .