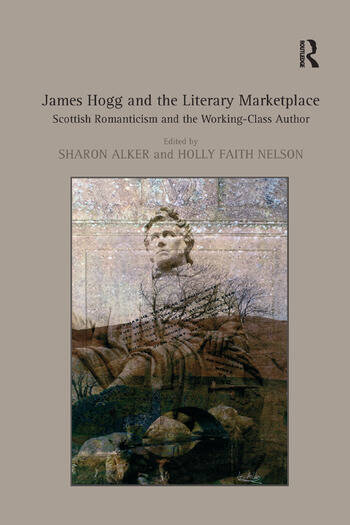 James Hogg and the Literary Marketplace: Scottish Romanticism and the Working-Class Author

Responding to the resurgence of interest in the Scottish working-class writer James Hogg, Sharon Alker and Holly Faith Nelson offer the first edited collection devoted to an examination of the critical implications of his writings and their position in the Edinburgh and London literary marketplaces. Writing during a particularly complex time in Scottish literary history, Hogg, a working shepherd for much of his life, is seen to challenge many of the aesthetic conventions adopted by his contemporaries and to anticipate many of the concerns voiced in discussions of literature in recent years. While the essays privilege Hogg's primary texts and read them closely in their immediate cultural context, the volume's contributors also introduce relevant research on oral culture, nationalism, transnationalism, intertextuality, class, colonialism, empire, psychology, and aesthetics where they serve to illuminate Hogg's literary ingenuity as a working-class writer in Romantic Scotland.

'This enterprising new collection employs revisionist research on Romanticism to cast fascinating new light on the life and writing of James Hogg. A distinguished line-up of contributors does not disappoint: we see Hogg negotiating a series of authorial identities and creating new imaginative possibilities in forms as diverse as Virgilian Georgic, song, national narrative and Gothic, and pushing the boundaries of decorum and style to the point of his readers' discomfort. This is a book that will be essential reading for Romanticists, students of Scottish and working class literature, and Hogg specialists.' Susan Manning, University of Edinburgh, UK 'Ranging widely across his texts, this collection demonstrates James Hogg's remarkable literary range; uncovering hidden contexts, these writers disclose Hogg's almost archeological keenness in exploring his cultural domains; in sharp close readings, these essays reveal a Hogg of remarkable perception, nuance, and wit. This volume demands and performs a deep engagement with the many facets of the Ettrick Shepherd, both those invented by Hogg and for him by others, in order to remake the terrain of Romanticism.' Mark Schoenfield, Vanderbilt University, USA and author of British Periodicals and Romantic Identity: The 'Literary Lower Empire' 'The calibre of this collection certainly makes it essential reading for specialists of Hogg, and for scholars of Scottish and working-class literature. However, styled in a clear and non-intimidating manner, this work also appeals to a wider audience, and has the potential to compel many unfamiliar with Hogg to become more acquainted with the contributions of the Ettrick Shepherd in Scottish literary history.' International Review of Scottish Studies 'All in all, this volume provides stimulus for much new thinking, looking well beyond pieces that are now part of the canon, or on the way to being so, particularly when one also takes into account some twenty pages of Bibliography, rep