James VI and I
Ideas, Authority, and Government 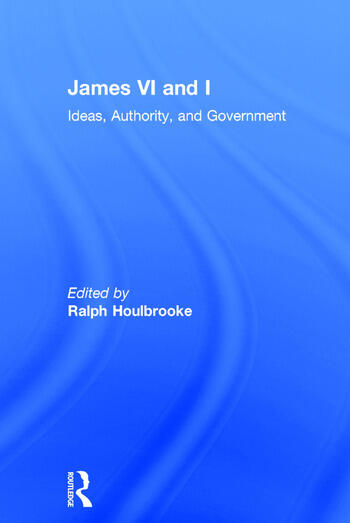 James VI and I: Ideas, Authority, and Government

James VI and I was the first king to rule both England and Scotland. He was unique among British monarchs in his determination to communicate his ideas by means of print, pen, and spoken word. James's own work as an author is one of the themes of this volume. One essay also sheds new light on his role as a patron and protector of plays and players. A second theme is the king's response to the problems posed by religious divisions in the British Isles and Europe as a whole. Various contributors to this collection elucidate James's own religious beliefs and their expression, his efforts before 1603 to counter a potential Catholic claim to the English throne, his attempted appropriation of scripture in support of his own authority, and his distinctive vision of imperial kingship in Britain. Some different reactions to the king, to his expression of his ideas and to the implementation of his policies form this book's third theme. They include the vigorous resistance to his attempt to change Scottish religious practice, and the sharply contrasting assessments of his life and reign written after James's death.

Contents: Introduction, Ralph Houlbrooke; The Battle of Lepanto: the introduction of James VI of Scotland to the Dutch, Astrid J. Stilma; James VI and the English succession, Susan Doran; The philosophy of imperial kingship and the interpretation of James VI and I, John Cramsie; King James and the Hampton Court conference, Alan Cromartie; The business of playing and the patronage of players at the Jacobean courts, Peter R. Roberts; Presenting James VI and I to the public: preaching on political anniversaries at Paul's Cross, Mary Morrissey; James I and Protestant heresy, Christopher Durston; The word of God and the word of the king: the scriptural exegeses of James VI and I and the King James Bible, Jane Rickard; 'Brothers in treuth': propaganda, public opinion and the Perth Articles debate in Scotland, Laura Stewart; James's reputation, 1625-2005, Ralph Houlbrooke; Index.

Ralph Houlbrooke is Professor of Early Modern British History in the Department of History at the University of Reading, UK.

’Overall, this is an impressive collection of essays and (containing, as it does, pieces by historians and literary scholars) a fine example of interdisciplinary collaboration. It indeed makes useful contributions to ongoing debates and should be read by all students of the reign of this 'scholar's king'.’ Parliamentary History ’All the essays are readable and contribute to the wider picture, making a valuable contribution to the current re-evaluation of the reigns of James VI and I.’ Ecclesiastical History ’The achievements and legacy of James VI and I are as contested as they have ever been, and this splendid collection of essays adds considerably to our understanding of the man and where he stands in the eyes of twenty-first-century historians.’ English Historical Review ’The value of the collection is in each separate essay, where many will find something to satisfy their specific scholarly interests, whether as student of history or literature.’ Sixteenth Century Journal