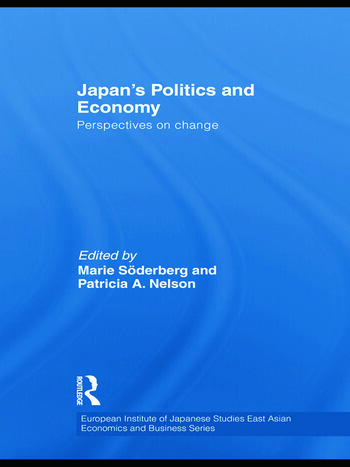 For some time Japan has been under fire for adjusting too slowly to new realities. While this criticism may be valid on some levels, Japan has been transforming in tandem with both regional and global forces. However, these changes have been largely overshadowed by the immense changes in Asia; including the rise of China, the 1997 Southeast Asian financial crisis and North Korea's development of nuclear weapons. Has Japan, the world's second largest economy, only been muddling through?

In this volume the contributors show that although the challenges faced are great, Japan is changing in areas ranging from political leadership, education policy, official development assistance, peace building and security, to defence production, business associations and innovation policy. The book analyses processes of change, focusing on the dynamics of change - rather than structural change or institutional change per se - from four levels: the individual, domestic, regional and global. Forces from outside Japan, such as a changing world order and changes in power relationships in Asia, have driven change along with pressures emerging within Japan, such as the increasing power of public opinion and competitiveness within markets.

This book will be of interest to scholars and students of Japanese and Asian Studies, Politics, International Relations, Globalization, Business and Economics.

1. Introduction: Dynamics of Change Patricia A. Nelson and Marie Söderberg  2. Contending with Regional Uncertainty: Japan’s Response to Contemporary East Asian Security Challenges John Swenson-Wright  3. Balancing Between a Hegemon and a Would-be Hegemon Paul Midford  4. Shifting Incentives for Political Leadership Verena Blechinger-Talcott  5. The Construction of Citizenship through Volunteering: The Case of Lifelong Learning Akihiro Ogawa  6. Foreign Aid as a Tool for Peace Building: Is the Goal Security or Poverty Reduction? Marie Söderberg  7. Peace Diplomacy by ODA: Rhetoric and Reality Norbert Palanovics  8. The Changing Political Economy of Defence Production: The Rise of a Military-Industrial Complex? Christopher W. Hughes  9. Stability and the Status Quo: Changing Power Structures in the Optics Industry Patricia A. Nelson  10. Sources and Processes of Change: The Case of the Game Software Industry Cornelia Storz  11. Conclusion: Perspectives on Change Marie Söderberg and Patricia A. Nelson

Marie Söderberg is Associate Professor at the European Institute of Japanese Studies at Stockholm School of Economics, Sweden.

Patricia A. Nelson is Visiting Professor, Faculty of Economics, Seijo University and author of numerous articles on the political economy and business of Japan.