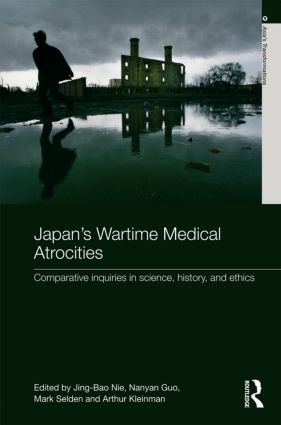 Prior to and during the Second World War, the Japanese Army established programs of biological warfare throughout China and elsewhere. In these “factories of death,” including the now-infamous Unit 731, Japanese doctors and scientists conducted large numbers of vivisections and experiments on human beings, mostly Chinese nationals. However, as a result of complex historical factors including an American cover-up of the atrocities, Japanese denials, and inadequate responses from successive Chinese governments, justice has never been fully served. This volume brings together the contributions of a group of scholars from different countries and various academic disciplines. It examines Japan’s wartime medical atrocities and their postwar aftermath from a comparative perspective and inquires into perennial issues of historical memory, science, politics, society and ethics elicited by these rebarbative events. The volume’s central ethical claim is that the failure to bring justice to bear on the systematic abuse of medical research by Japanese military medical personnel more than six decades ago has had a profoundly retarding influence on the development and practice of medical and social ethics in all of East Asia. The book also includes an extensive annotated bibliography selected from relevant publications in Japanese, Chinese and English.

"[I]t is essential reading for those interested not only in the ethics of human experimentation but also in the ways in which basic humanitarian values become compromised by nationalism and double standards of morality… I can best sum up the merit of this book by quoting its dedication page: 'To all victims of medical atrocities for whom justice has never been fully served'. Beyond doubt, this volume does much to honour this dedication through its meticulous scholarship and its unwavering assertion of the inalienable worth of every human being." - Alastair V. Campbell; Asian Bioethics Review March 2012 Volume 4, Issue 1

"The book has a number of strengths, not least in drawing together a wide and varied expertise on the subject. The research based on freshly harvested archival materials is particularly compelling… [T]his is an extremely important volume which serves to remind us of the aspects of the Asia Pacific war that remain to be fullt addressed and acknowledged. The book should be of interest to academics, students and the general reader and deserves to be read widely." - Caroline Rose, University of Leeds, UK; Pacific Affairs: Volume 85, No. 2 - June 2012

"Japan’s Medical Atrocities succeeds in discussing many issues related to the inhumane and immoral medical experiments on defenseless Chinese victims duringWorldWar II, and the disappointing lack of justice brought to bear on Dr. Ishii Shiro and most of his colleagues after the war." - John E. Van Sant, Ph.D., Department of History, University of Alabama-Birmingham, USA; Journal of the History of Medicine

"Nie et al. have done a valuable service in making the story of Japense human experimentation widely accessible and ensuring that English speakers do not easily dismiss it as an aberrant history. Japan's Wartime Medical Attocities demonstrates with painful clarity that, much more than merely someone else's problem, Japan's wartime medical history must serve as a lesson in past crimes, historical truth and hustice for all." - Frederick R. Dickinson; Japan Review, Vol. 24 (2012)

"a valuable and finely written multidisciplinary exploration of a hidden chapter of contemporary history. It sheds light on the medical atrocities committed by the Japanese Government, its army, and its scientific community from the late 1930s through World War II, mainly in China.[…] A remarkable aspect of the book is that it alternates views, specifically focusing on the Japanese case with observations regarding other situations, namely, the German and the American ways of dealing with the legacy of wartime atrocities. […] The thoughtful insights and observations the book contains go well beyond the case of Japan. They are a valuable contribution to the overall debate on memory of past atrocities, justice, and the politics of reconciliation." - Paolo De Stefani, Theoretical Medicine and Bioethics

Jing-Bao Nie is an Associate Professor at the Bioethics Centre, Dunedin School of Medicine, University of Otago, New Zealand, and honorary adjunct professor at Hunan Normal and Peking Universities, China.

Nanyan Guo is an Associate Professor at the International Research Center for Japanese Studies, Kyoto, Japan.

Mark Selden is a Research Associate in the East Asia Program at Cornell University, USA and a coordinator of The Asia-Pacific Journal: Japan Focus.