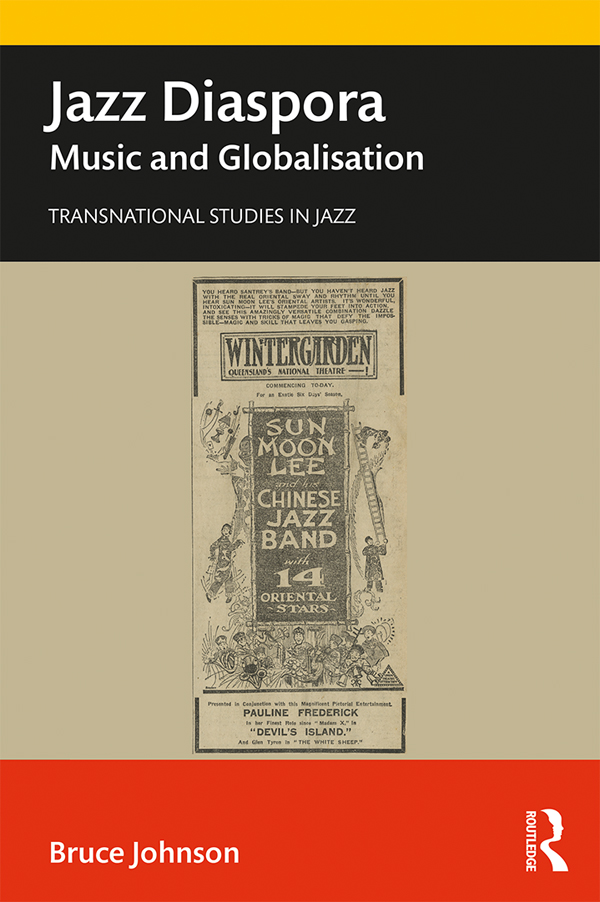 Jazz Diaspora: Music and Globalisation is about the international diaspora of jazz, well underway within a year of the first jazz recordings in 1917. This book studies the processes of the global jazz diaspora and its implications for jazz historiography in general, arguing for its relevance to the fields of sonic studies and cognitive theory. Until the late twentieth century, the historiography and analysis of jazz were centred on the US to the almost complete exclusion of any other region. The driving premise of this book is that jazz was not ‘invented’ and then exported: it was invented in the process of being disseminated.

is a sustained argument for an alternative historiography, based on a shift from a US-centric to a diasporic perspective on the music. The rationale is double-edged. It appears that most of the world’s jazz is experienced (performed and consumed) in diasporic sites – that is, outside its agreed geographical point of origin – and to ignore diasporic jazz is thus to ignore most jazz activity. It is also widely felt that the balance has shifted, as jazz in its homeland has become increasingly conservative.

There has been an assumption that only the ‘authentic’ version of the music--as represented in its country of origin--was of aesthetic and historical interest in the jazz narrative; that the forms that emerged in other countries were simply rather pallid and enervated echoes of the ‘real thing’. This has been accompanied by challenges to the criterion of place- and race-based authenticity as a way of assessing the value of popular music forms in general. As the prototype for the globalisation of popular music, diasporic jazz provides a richly instructive template for the study of the history of modernity as played out musically.

The field of New Jazz Studies has emerged out of traditional modes of musicological inquiry, with an increasing number of scholars examining jazz as a discursive cultural practice. Drawing on a range of disciplinary perspectives, New Jazz Studies has begun to promote a multiplicity of canons, exploring the overlapping and exchanges between different countries and cultural groups and challenging existing modes of understanding. Transnational Studies in Jazz presents cross-disciplinary and international perspectives on the relationship between jazz and its social, political, and cultural contexts.

While supporting ongoing research on American themes, artists and scenes, Transnational Studies in Jazz also seeks to develop understandings of jazz in different contexts, approaching the American influence - as well as the rejection of America - through analysis of international discourses and local scenes. Through US, UK and international contributors, jazz would be understood not only as a sonic form or subject of artistic expression and analysis but also as a key social and political agent in the development and exchange of culture.