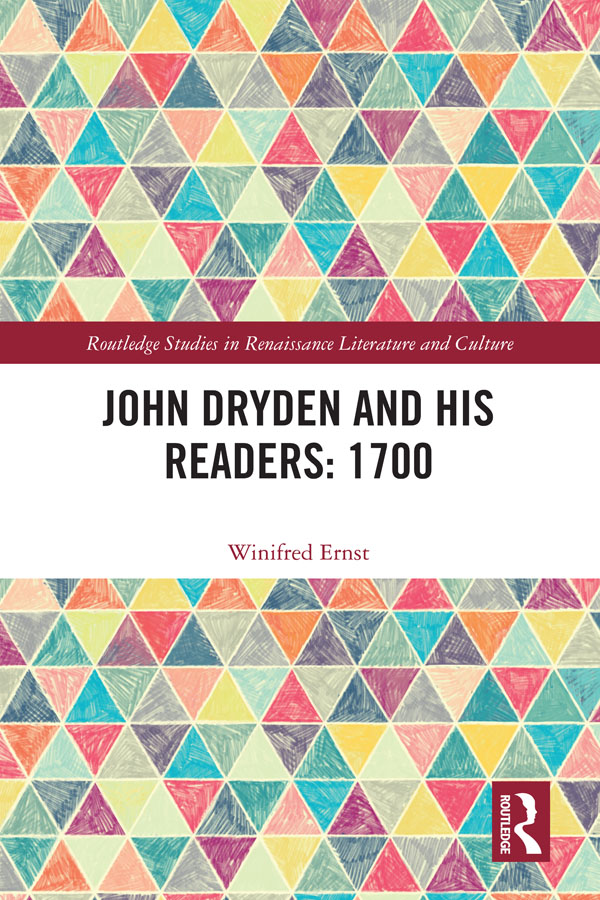 Dryden at the end of his life was admired, perhaps even beloved, by many in England, and his greatest skill over his long career—his controlled detachment—uniquely positioned him to write of both history and politics in 1700. His narrative poetry was popular among Whigs and Tories, women and men, Ancients and Moderns, and his imitationssuggest historical connections between the War of the Roses, the Civil War, and the Revolution of 1688. All of these events combined easily in the minds of Dryden’s contemporaries, and his fables, fraught with conflicted loyalties and family strife not unlike a nation divided, may have caught and compelled his readers in a way that was different from other miscellanies: Dryden may have articulated in beautiful verse the emotions of many in the midst of enormous historical change. Fables is a pivotal cultural text urging national unity through its embrace of competing voices.

Chapter 1: Dryden’s Ancient and Modern Imitations—Histories and Concordia Discors in Palamon and Arcite and The Secular Masque

Chapter 2: Venus and Mars Move to Persuasion/Consent vs. Force

Chapter 5: Detachment and Involvement in Artistry and Good Government

Winifred Ernst teaches literature at the University of San Francisco. She has published articles and written reviews on John Dryden, Jonathan Swift and Cervantes in Studies in Philology, Hispanic Enlightenment, Restoration and Modern Language Review. Her research interests include reader reception, Restoration and Eighteenth-Century satire, early modern innovation in historical fiction, marginalia, and the borrowing and bartering of allusions across continents and centuries.

From Shakespeare to Jonson, Routledge Studies in Renaissance Literature and Culture looks at both the literature and culture of the early modern period. This series is our home for cutting-edge, upper-level scholarly studies and edited collections. Considering literature alongside theatre, popular culture, race, gender, ecology, space, and other subjects, titles are characterized by dynamic interventions into established subjects and innovative studies on emerging topics.