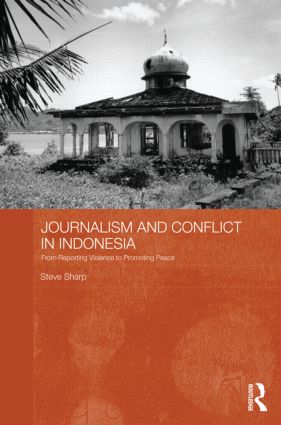 Journalism and Conflict in Indonesia

This book examines, through the case study of Indonesia over recent decades, how the reporting of violence can drive the escalation of violence, and how journalists can alter their reporting practices in order to have the opposite effect and promote peace. It discusses the nature of press freedom in Indonesia from 1966 onwards, considers the relationship between the press and politicians, and explores journalists’ working methods. It goes on to outline in detail the communal wars in eastern Indonesia in the period 1999-2000, arguing that communication as much as physical preparations for violence were key to bringing about the wars, with journalists’ rigid professional routines and newswriting conventions causing them to reproduce and enlarge the battle cries of those at war. The book concludes by advocating a "development communication" approach to journalism in transitional settings, in order to help journalists to counter the disintegrative tendencies of failing states and the communal strife that can result.

"This first book by Steve Sharp, a former journalist and media and journalism educator, attempts to do quite a number of things, many of them very well. An examination of how two Jakarta dailies, Kompas and Republika, dealt with the cultural dimensions of the "full-scale communal war in the Maluku Province," the book advances the hypothesis that "media workers- far from being disinterested purveyors of unproblematic truths- are implicated in the creation and spread of ideas and images that shape the political discourses that exacerbate violent conflict" (p. 2)." – Janet Steele, Indonesia, Number 97, April 2014, pp.139-141.

Steve Sharp has over 20 years’ experience as a journalist and as a media and journalism educator and has recently completed a PhD at Griffith University, Gold Coast. His professional reportage can be found on telingamedia.com, a site covering the history, politics, arts and culture of the southwest Pacific.