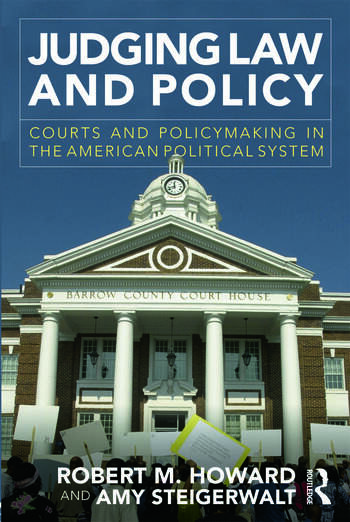 Judging Law and Policy: Courts and Policymaking in the American Political System

To what extent do courts make social and public policy and influence policy change? This innovative text analyzes this question generally and in seven distinct policy areas that play out in both federal and state courts—tax policy, environmental policy, reproductive rights, sex equality, affirmative action, school finance, and same-sex marriage. The authors address these issues through the twin lenses of how state and federal courts must and do interact with the other branches of government and whether judicial policy-making is a form of activist judging.

Each chapter uncovers the policymaking aspects of judicial process by investigating the current state of the law, the extent of court involvement in policy change, the responses of other governmental entities and outside actors, and the factors which influenced the degree of implementation and impact of the relevant court decisions. Throughout the book, Howard and Steigerwalt examine and analyze the literature on judicial policy-making as well as evaluate existing measures of judicial ideology, judicial activism, court and legal policy formation, policy change and policy impact. This unique text offers new insights and areas to research in this important field of American politics. 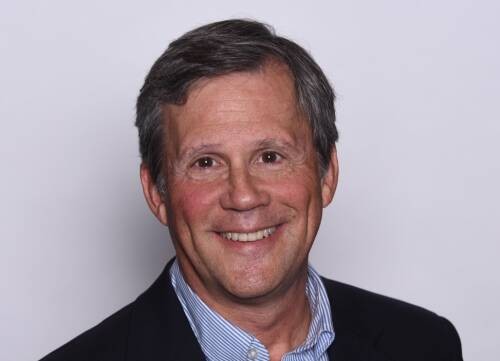 "Howard and Steigerwalt probe the causes and effects of court-made policies with an impressive array of relevant evidence. They provide a systematic and highly readable account of the courts’ work across a range of fields, and in the process they offer a wealth of insights on the role of the judiciary in public policy-making. Both students and scholars will learn much from this book."
—Lawrence Baum, Ohio State University

"A common view—perpetuated by judges as much as anyone else—is that judges simply apply the law in a mechanical fashion. This engaging volume demonstrates that judges are far from neutral arbiters who merely apply the laws that others have enacted. Instead, as Howard and Steigerwalt demonstrate across a range of interesting policy areas, judges are central players in the making of public policy."
—Charles Shipan, University of Michigan

"If you are looking for a readable, rigorous, and original analysis of the role of judges in making public policy, you need not search any further than Howard and Steigerwalt’s Judging Law and Policy. Covering tax, school financing, same-sex marriage, civil rights, gender equality, and environmental policies, Howard and Steigerwalt offer readers a perspective on judicial policy-making that extends well beyond Supreme Court decision-making and rightfully acknowledges the importance of trial judges and the increased prominence of state legal actors in public policy-making."
—Susan Haire, University of Georgia

"Judging Law and Policy: Courts and Policymaking in the American Political System provides a comprehensive look at the ways in which courts make policy. By putting together all of the pieces in one place, the authors do a great service."
—Chris Shortell, Portland State University

"The authors explore the influence of US courts of law on social and public policy in the areas of tax policy, environmental policy, reproductive rights, sex equality, affirmative action, school finance, and same-sex marriage. For each policy area, they discuss the current state of the law, the extent of court involvement in policy change, responses of other governmental institutions and outside actors, and the factors that influence the degree of implementation and impact of court decisions. The findings are then assessed in light of the literature on judicial ideology, judicial activism, court and legal policy formation, policy change, and policy impact."—Book News