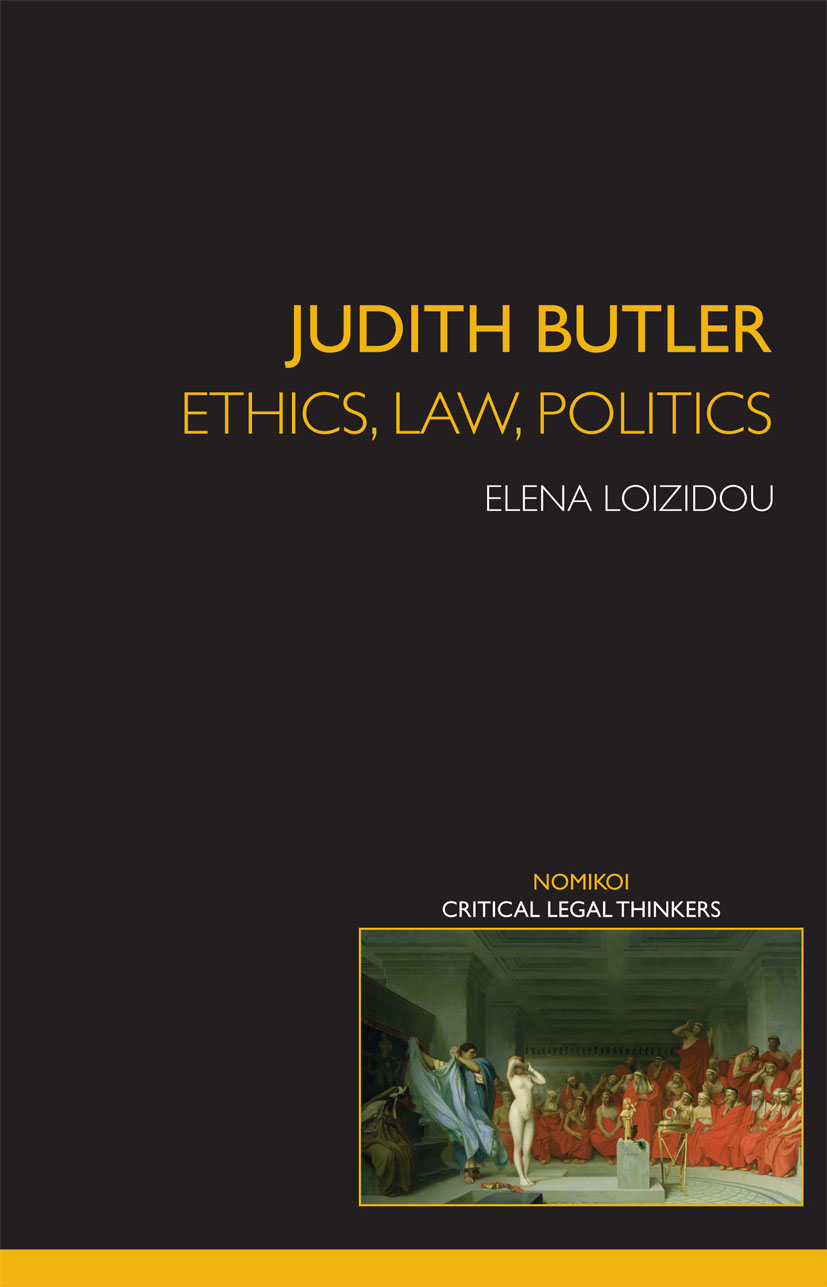 The first to use Judith Butler’s work as a reading of how the legal subject is formed, this book traces how Butler comes to the themes of ethics, law and politics analyzing their interrelation and explaining how they relate to Butler’s question of how people can have more liveable and viable lives.

Acknowledging the potency and influence of Butler’s ‘concept’ of gender as process, which occupies a well developed and well discussed position in current literature, Elena Loizidou argues that the possibility of people having more liveable and viable lives is articulated by Butler within the parameters of a sustained agonistic relationship between the three spheres of ethics, law and politics.

Suggesting that Butler’s rounded understanding of the interrelationship of these three spheres will enable critical legal scholarship, as well as critical theory more generally, to consider how the question of life’s unsustainable conditions can be rethought and redressed, this book is a key read for all students of legal ethics, political philosophy and social theory.

"… [this book] should find a receptive audience amongst serious scholars who are genuinely interested in engaging with Butler's wider corpus of work, and taking her ideas to the next level." - Feminist Legal Studies, November 2007

Elena Loizidou is a Lecturer in the School of Law, Birkbeck College, University of London.