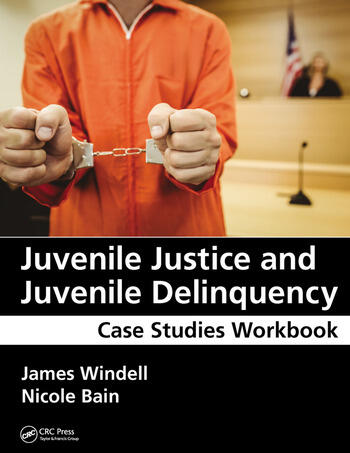 The case scenarios range from cases at the juvenile court intake level all the way to cases in which students must decide whether a young person should be waived into the criminal system to be tried as an adult.

The book allows students to compare their choices with those of the actual judge or referee, and also gives information as to the outcome for the young person after the court’s decision. This information helps students gauge the soundness of their own decisions based on the impacts of the actual decision reached by the judge or referee. Each chapter also contains statistics, facts, court decisions, and information about policies that enable a better understanding of the juvenile justice system.

This workbook provides a unique opportunity for students to experience what it is like to face decisions in the juvenile court system. By engaging with the information and cases laid out in a more hands-on manner than offered in typical related textbooks, students will gain a greater appreciation for the decisions juvenile court judges and referees have to make on a daily basis.

What Rights Do Juveniles Have in the Juvenile Court?
Fundamental Rights during Juvenile Proceedings
For Further Consideration

Who Are the Players in Juvenile Court Hearings?
The Judge
The Referee
The Prosecutor
The Defense Attorney
The Juvenile Defendant
The Parents
The Probation Officer or Court Caseworker
The Key Players
For Further Consideration

YOU MAKE THE CALL IN JUVENILE COURT HEARINGS

TRANSFERRING JUVENILES TO ADULT COURTS: YOU MAKE THE CALL IN WAIVER HEARINGS

YOU MAKE THE CALL IN OTHER KINDS OF JUVENILE COURT HEARINGS

APPEALS AND THE LAST WORD

James Windell, MA, has been a juvenile court psychologist, an author, a newspaper columnist, an editor, and a criminal justice college instructor. He worked in the juvenile justice system for over 35 years. Most recently, he was a psychologist in the Oakland County Circuit Court’s Family Division in Oakland County, Michigan, doing group therapy with delinquents. He developed a group training program for parents of delinquents, which won a national award. Since 2000, he has been an adjunct instructor in the Criminal Justice Department at Wayne State University in Detroit. Since September 2013, he has been a lecturer in criminal justice at Oakland University in Rochester, Michigan. He teaches juvenile justice classes at both universities. He has written more than 25 books, including The Student’s Guide to Writing a Criminal Justice Research Paper, The American Criminal Justice System, and Looking Back in Crime.

has worked in the juvenile court and circuit court setting for over 24 years. She is currently a juvenile court probation officer and has worked previously as a juvenile diversion coordinator, victim’s advocate, and paralegal for a prosecuting attorney’s office. She has managed caseloads of juvenile delinquents, conducted training and informative workshops for teen volunteers regarding the juvenile court and diversion programs, and counseled families and children through court processes and testifying. She has maintained working relationships among the court bench, as well as with professionals in local mental health agencies and with agents from various statewide juvenile residential programs. She has also lectured in college classes regarding the juvenile justice system, delinquency, restorative justice, and the work of probation officers. 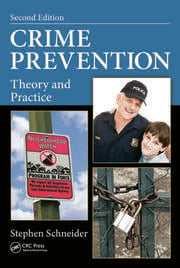