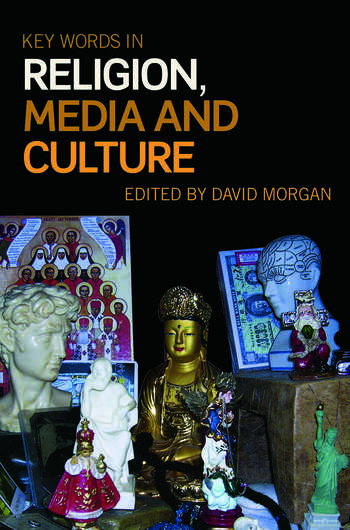 'From The Passion of the Christ to the presumed 'clash of civilizations', religion's role in culture is increasingly contested and mediated. Key Words in Religion, Media, and Culture is a welcome and interdisciplinary contribution that maps the territory for those who aim to make sense of it all. Highlighting the important concepts guiding state-of-the-art research into religion, media, and culture, this book is bound to become an important and frequently consulted resource among scholars both seasoned and new to the field.' –Lynn Schofield Clark

'David Morgan has assembled here a fine team of scholars to prove beyond a doubt that the intersections of religion, media, and culture constitute one of the most stimulating fields of inquiry around today...This highly useful and theoretically sophisticated text will likely assume 'ritual' status in this emergent field.' – Rosalind I. J. Hackett, University of Tennessee, US

'This volume is a major intervention in the literature on religion, media and culture. Drawing together leading international scholars, it offers a conceptual map of the field to which students, teachers and researchers will refer for many years to come. The publication of Key Words in Religion, Media and Culture is a significant moment in the formation of this area of study, and sets a standard for cross-disciplinary collaboration and theoretical and methodological sophistication for future work in this area to follow.' – Gordon Lynch, Birkbeck College, University of London, UK

'This book offers a range of refreshing essays on the relationships between media and religion. Its selected keywords open doors to understanding contemporary society. The cultural perspectives on mediation and religious practices give some illuminating and surprising analyses.' – Knut Lundby, University of Oslo, Norway

David Morgan is Professor of Religion at Duke University. Author of several books, including Visual Piety (Routledge, 1998) and The Sacred Gaze (Routledge, 2005), Morgan is also co-founder and editor of the journal Material Religion and former chair of the International Study Commission on Media, Religion, and Culture. He co-edits the Religion, Media and Culture series for Routledge.