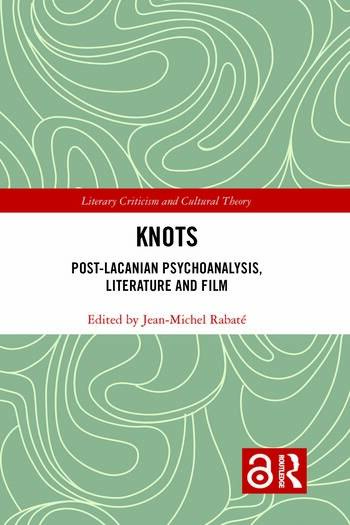 This collection of specially commissioned essays offers a wide array of new psychoanalytic approaches impacted by Lacanian theory, queer studies, post-colonial studies, feminism, and deconstruction in the domains of film and literature. We have witnessed a remarkable return to psychoanalysis in those fields, fields from which it had been excluded or discredited for a while. This has changed recently, and we need to understand why.

The fourteen essays make use a freshly minted psychoanalytic concepts to read diverse texts, films and social practices. The distinguished authors gathered here, an international group of scholars coming from Japan, China, Korea, India, Belgium, Greece, France, Australia, and the USA, are all cognizant of the advances of theory under the form of deconstruction, feminism, post-colonial studies and trauma studies.

These essays take into account the latest developments in Lacanian theory and never bracket off subjective agency when dealing with literature or film. The authors make sense of changes brought to psychoanalytical theory by redefinitions of the Oedipus complex, reconsiderations of the death drive, applications of Lacan’s symptom and the concept of the Real, reassessments of the links between affect and trauma, insights into the resilience of Romantic excess and jouissance, awareness of the role of transference in classical and modernist texts, and pedagogical techniques aimed at teaching difficult texts, all the while testifying to the influence on Lacanian theory of thinkers like Maurice Blanchot, Roland Barthes, Melanie Klein, Didier Anzieu, Jacques Derrida, Judith Butler, Gilles Deleuze, Alain Badiou, and Slavoj Zizek.

Jean-Michel Rabaté is Professor of English and Comparative Literature at the University of Pennsylvania and fellow of the American Academy of Arts and Sciences.

"That the knot which ties literature and film to psychoanalysis is intimate and durable is the beautifully validated premise of this collection. Over the last century periodic attempts to sever this tie have been met with renewed, and often more vigorous, forms of attachment. In the face of today's post-critical calls for a definitive severance, the various essays assembled here demonstrate, in ways wily, rigorous, and robust, why this knot cannot be unloosed."