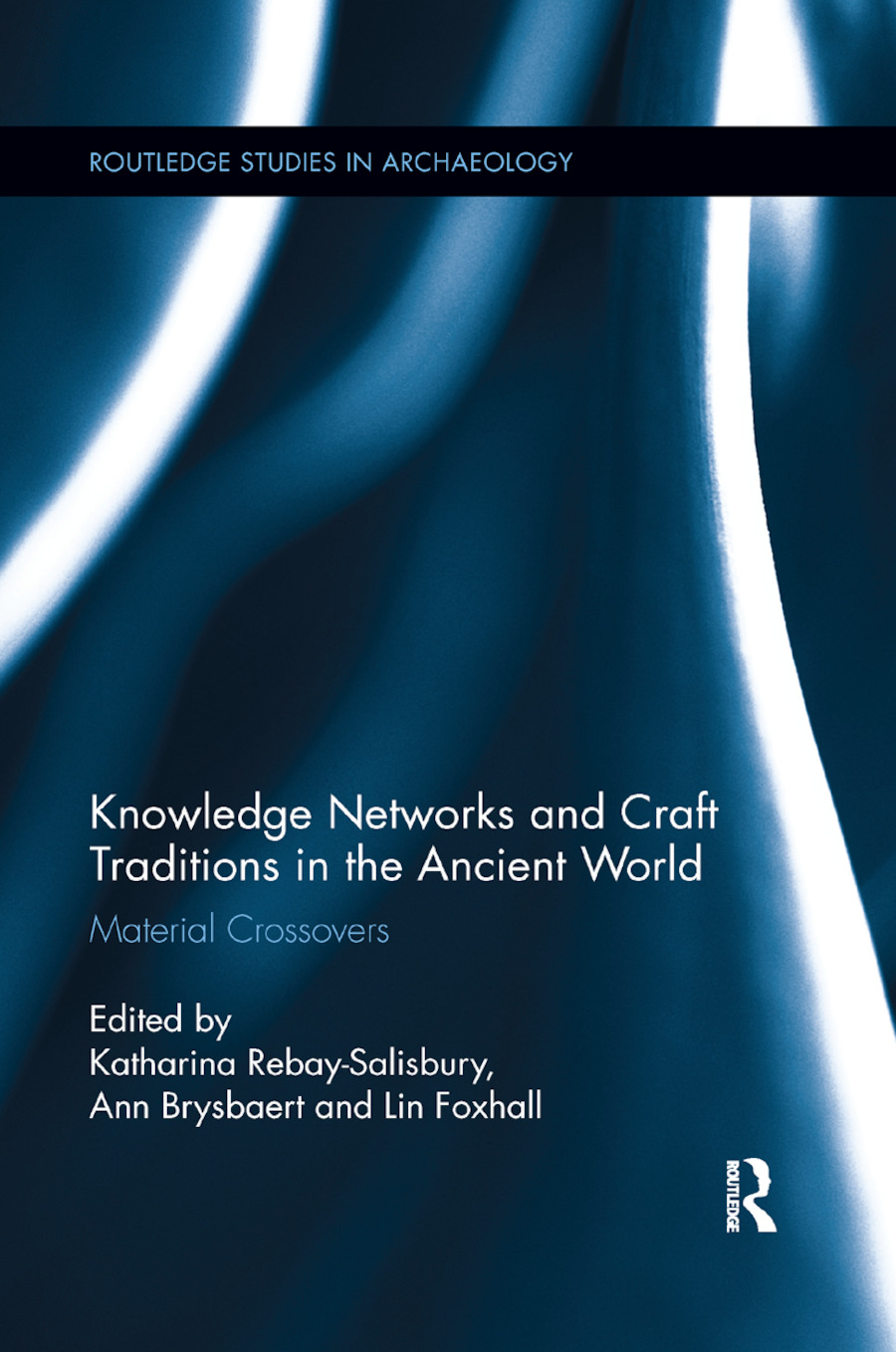 Knowledge Networks and Craft Traditions in the Ancient World

This edited volume investigates knowledge networks based on materials and associated technologies in Prehistoric Europe and the Classical Mediterranean. It emphasises the significance of material objects to the construction, maintenance, and collapse of networks of various forms – which are central to explanations of cultural contact and change. Focusing on the materiality of objects and on the way in which materials are used adds a multidimensional quality to networks. The properties, functions, and styles of different materials are intrinsically linked to the way in which knowledge flows and technologies are transmitted. Transmission of technologies from one craft to another is one of the main drivers of innovation, whilst sharing knowledge is enabled and limited by the extent of associated social networks in place.

Archaeological research has often been limited to studying objects made of one particular material in depth, be it lithic materials, ceramics, textiles, glass, metal, wood or others. The knowledge flow and transfer between crafts that deal with different materials have often been overlooked. This book takes a fresh approach to the reconstruction of knowledge networks by integrating two or more craft traditions in each of its chapters. The authors, well-known experts and early career researchers, provide concise case studies that cover a wide range of materials. The scope of the book extends from networks of craft traditions to implications for society in a wider sense: materials, objects, and the technologies used to make and distribute them are interwoven with social meaning. People make objects, but objects make people – the materiality of objects shapes our understanding of the world and our place within it. In this book, objects are treated as clues to social networks of different sorts that can be contrasted and compared, both spatially and diachronically.

Katharina Rebay-Salisbury is a research associate at the University of Leicester, UK. Her research centres on studying human representations, identities and social relations in the Late Bronze and Iron Age of Central Europe. Before moving to Leicester, Dr. Rebay-Salisbury worked as a Research Associate in the Department of Archaeology, University of Cambridge, UK. Together with Marie Louise Sørensen she investigated changing burial rites in the European Bronze Age, in particular focusing on the introduction of cremation.

presently works at the Universiteit Leiden, Faculteit Archeologie under a Senior Gerda Henkel – Marie Curie Senior Research Fellowship. She was previously Professor in Archaeology and Ancient Materials and Technologies at DIKEMES, Greece as well as Honorary Lecturer at the University of Leicester, UK. Together with Lin Foxhall she initiated the Tracing Networks programme in 2007. For 2010-2012, she was awarded a Senior Humboldt.

Lin Foxhall is Professor of Greek Archaeology and History at the University of Leicester, UK. She has also held posts at Oxford University and University College London. At present she is the Principal Investigator of the large collaborative research programme ‘Tracing networks’ funded by the Leverhulme Trust. Her research expertise falls squarely between Archaeology and Ancient History, with a focus on archaic and classical Greece.