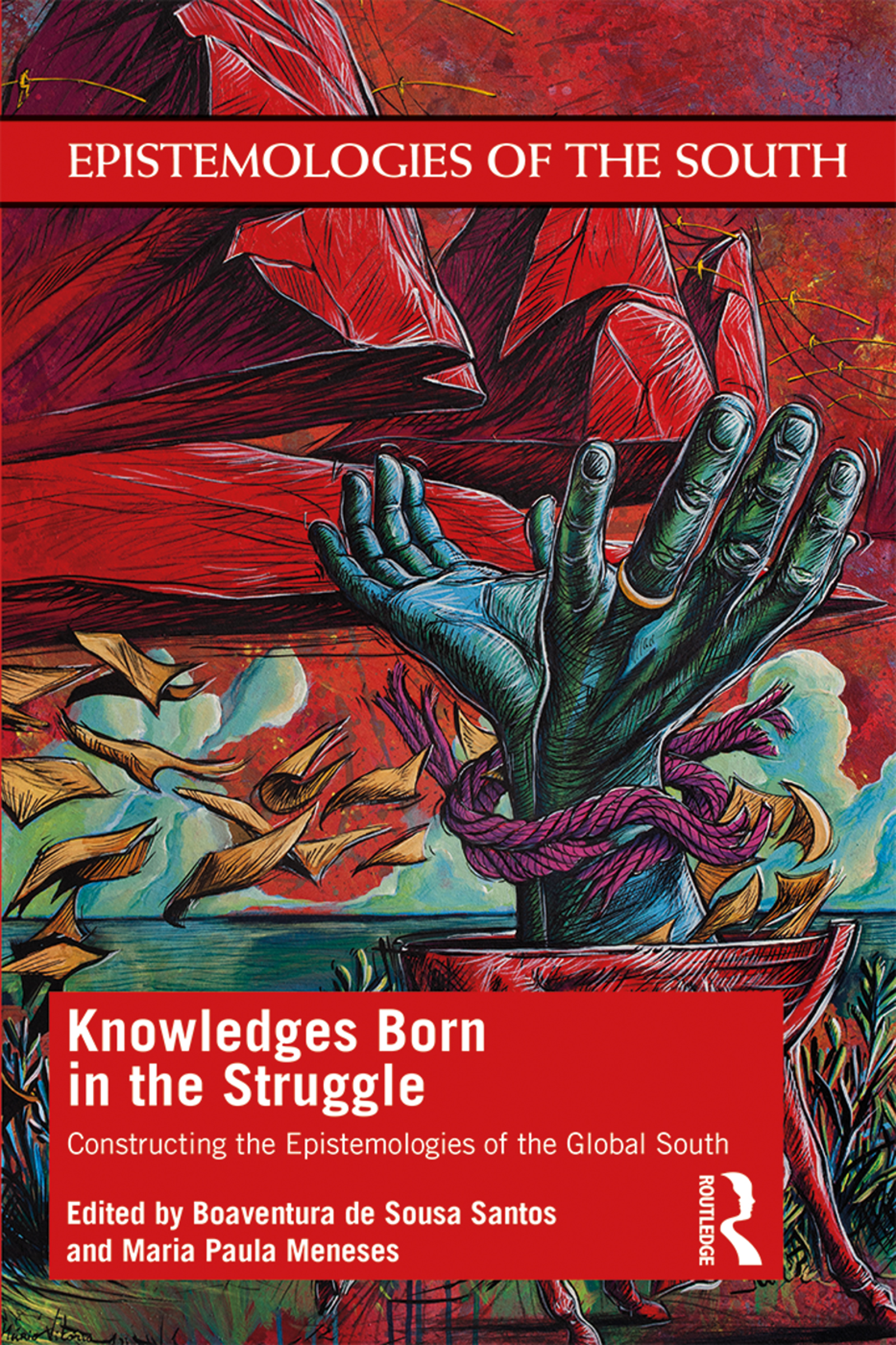 Knowledges Born in the Struggle

Constructing the Epistemologies of the Global South, 1st Edition

In a world overwhelmingly unjust and seemingly deprived of alternatives, this book claims that the alternatives can be found among us. These alternatives are, however, discredited or made invisible by the dominant ways of knowing. Rather than alternatives, therefore, we need an alternative way of thinking of alternatives. Such an alternative way of thinking lies in the knowledges born in the struggles against capitalism, colonialism, and patriarchy, the three main forms of modern domination. In their immense diversity, such ways of knowing constitute the Global South as an epistemic subject. The epistemologies of the South are guided by the idea that another world is possible and urgently needed; they emerge both in the geographical north and in the geographical south whenever collectives of people fight against modern domination. Learning from and with the epistemic South suggests that the alternative to a general theory is the promotion of an ecology of knowledges based on intercultural and interpolitical translation.

"In this exciting collection, the epistemological—rather than the geographical—South emerges in its full political vitality. […] The authors illustrate the immense cognitive diversity generated through resistance against exclusion, degradation, and nullification—offering models of how we can weave together counter-hegemonic processes of existential and epistemological restitution. They thereby enact the idea of the Global South as both a reality and a 'proposal-in-progress'. This is an invitation to join the necessarily collective, positive, and constructive endeavor of interpreting a diverse and non-relativistic, incomplete, and pluriversal world through fighting to transform it. Don’t pass it up!"

"This sparkling collection offers a compelling instance of decolonization as ongoing emancipatory practice. Its authors urge us to reboot the modern political imagination by learning with, and from, the South: the South less as geographical than as epistemic space. And as the source of alternative theorizations born of struggle, resistant re-cognition, subaltern cosmopolitanism. The South, in this sense, is both a reality and a 'proposal-in-progress', speaking to emergent political possibilities, plural histories, and hopeful futures."

Introduction. PART I: Unveiling the Eurocentric Roots of Modern Knowledge. 1 Global Social Thought via the Haitian Revolution, Gurminder K. Bhambra. 2 Making the Nation Habitable, Shahid Amin. PART II: Other Territories, Other Epistemologies: Amplifying the Knowledges of the South. 3 Thinking-Feeling with the Earth: Territorial Struggles and the Ontological Dimension of the Epistemologies of the South, Arturo Escobar. 4 On Finding the Cinerarium for Uncremated Ubuntu: On the Street Wisdom of Philosophy, Mogobe Ramose. 5 Problematic People and Epistemic Decolonization: Toward the Postcolonial in Africana Political Thought, Lewis R. Gordon. 6 Chacha-warmi: Another Form of Gender Equality, from the Perspective of Aymara Culture, Yanett Medrano Valdez. PART III: The Arts and the Senses in the Epistemologies of the South. 7 Toward an Aesthetics of the Epistemologies of the South: Manifesto in Twenty-Two Theses, Boaventura de Sousa Santos. 8 What’s in a Name? Utopia—Sociology—Poetry, Maria Irene Ramalho. 9 Food as a Metaphor for Cultural Hierarchies, Gopal Guru. 10 Tastes, Aromas, and Knowledges: Challenges to a Dominant Epistemology, Maria Paula Meneses. PART IV: Decolonizing Knowledge: The Multiple Challenges. 11 The Recolonization of the Indian Mind, Peter Ronald deSouza. 12 Epistemic Extractivism: A Dialogue with Alberto Acosta, Leanne Betasamosake Simpson, and Silvia Rivera Cusicanqui, Ramón Grosfoguel. 13 Decolonizing the University, Boaventura de Sousa Santos. Conclusion.

Boaventura de Sousa Santosis Emeritus Professor of Sociology at the University of Coimbra (Portugal) and Distinguished Legal Scholar at the University of Wisconsin–Madison (USA). He has written extensively on globalization, sociology of law and the state, epistemology, and social movements. His most recent publication is The End of the Cognitive Empire: The Coming of Age of Epistemologies of the South (2018).

Maria Paula Meneses, a Mozambican scholar, is currently principal researcher at the Centre for Social Studies, University of Coimbra. At the heart of her research interests are the relations between knowledges, power, and societies. Her most recent book is Mozambique on the Move: Challenges and Reflections (with Sheila Khan and Bjorn Bertelsen 2018).

Epistemologies of the South

The Global North has faced growing difficulty in making sense of the broad changes sweeping the world, from the financialization and neoliberalization of the world economy to the growth of inequality on an unknown scale in its persistence, extension and diversification of segregation, discrimination and violence. Uneasiness has been growing within the social sciences at the feeling of inadequacy and even irrelevance of current work and established theory in its attempt to get to grips with such a world.

The main idea underlying this series is that the experience of the world is much broader than the Eurocentric understanding, and what is known as the Global South has been for centuries–and remains in contemporary times–an inexhaustible source of experiences, knowledges, political and social innovations, and celebrations of difference. Challenging the canonical and Eurocentric epistemological tradition, including the social sciences and humanities themselves, this series innovates through the encounter and dialogue with other epistemologies that have historically emerged in the South.