Carbon moves through the atmosphere, through the oceans, onto land, and into and between various ecosystems. This cycling has a large effect on climate – changing geographic patterns of rainfall and the frequency of extreme weather. The impact of changes in global carbon cycling are altered as the use of fossil fuels add carbon to the cycle. This book addresses the crucial question of how to assess, evaluate, and estimate the potential impact of the additional carbon to the global carbon cycle. The contributors describe a set of models for exploring ecological questions regarding changes in carbon cycling; provide background for developing new models; employs data assimilation techniques for model improvement; and do real- or near-time ecological forecasting for decision support. This book strives to balance theoretical considerations, technical details, and applications of ecosystem modeling for research, assessment, and crucial decision making.

Benjamin Smith is a Professor of Ecosystem Science, based in Sydney, Australia where he is Director of Research of Western Sydney University’s Hawkesbury Institute for the Environment, a leading international centre for global change ecosystem research and innovation. Following undergraduate studies in biology at the University of Tasmania, Australia, during which he worked part time as a Geographic Information Systems operator at Tasmania’s Forestry Commission, he relocated to Dunedin, New Zealand, where he obtained his PhD from the University of Otago in 1996. Following postdoctoral posts in Sweden and Germany, he was appointed a Senior Lecturer and subsequently a full Professor at Lund University in Sweden, transitioning to his current role at Western Sydney University in 2018. Benjamin Smith is known as a pioneer in the dynamic global vegetation modelling field. The original developer of the widely-used LPJ-GUESS ecosystem model, he continues to lead the multi-institutional consortium of developers serving its international user community. As a Distinguished Visiting Scientist with the CSIRO Oceans & Atmosphere Flagship, he contributed to the implementation of vegetation demography, disturbance and wildfire dynamics in the Australian Community Land Surface Model, CABLE. He is interested in the role of the biosphere in regional and global climate dynamics, using Earth system models to examine feedbacks of ecosystem and land surface changes to the atmosphere and the climate system. He led the development of the first published regional Earth system model, RCA-GUESS, and is active in the pan-European consortium developing the global EC-EARTH ESM. An author of around 200 peer-review papers, book chapters, conference contributions and reports – including several influential papers in the biosphere modelling, carbon cycle and ecosystem impact assessment fields – Benjamin is recognised as being among the world’s 1% most cited researchers in the Clarivate Highly Cited Researchers List.

is a Regents’ Professor at Northern Arizona University, USA. He obtained his PhD degree from the University of California, Davis in 1991 and did postdoctoral research at UCLA and Stanford University from 1991 to 1994 before he worked at Desert Research Institute as Assistant and Associate Research Professor from 1994 to 1998 and the University of Oklahoma as Associate, full, and George Lynn Cross Professor from 1999 to 2017. Professor Luo has studied land carbon cycle using empirical and modeling approaches for more than 30 years. His research program has been focused on addressing two key issues: (1) how global change alters structure and functions of terrestrial ecosystems, and (2) how terrestrial ecosystems regulate climate change. To address these issues, Dr. Luo’s laboratory has conducted field global change experiments, developed terrestrial ecosystem models, synthesized extensive data sets using meta-analysis methods, integrated data and model with data assimilation techniques, and carried out theoretical and computational analysis. Particularly, his research team has recently developed a matrix approach to land carbon cycle modeling, applied data assimilation techniques to ecological research, and pioneered in ecological forecasting. Previously he has published two books, 30 book chapters, and 500 papers in peer-reviewed journals. He was a Highly Cited Researcher recognized by the Web of Science Group, Clarivate Analytics in 2018-2020. He was elected fellow of American Association for the Advancement of Science (AAAS) in 2013, American Geophysical Union (AGU) in 2016, and Ecological Society of America (ESA) in 2018. 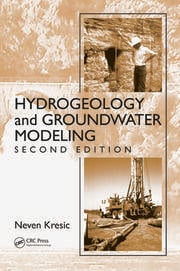