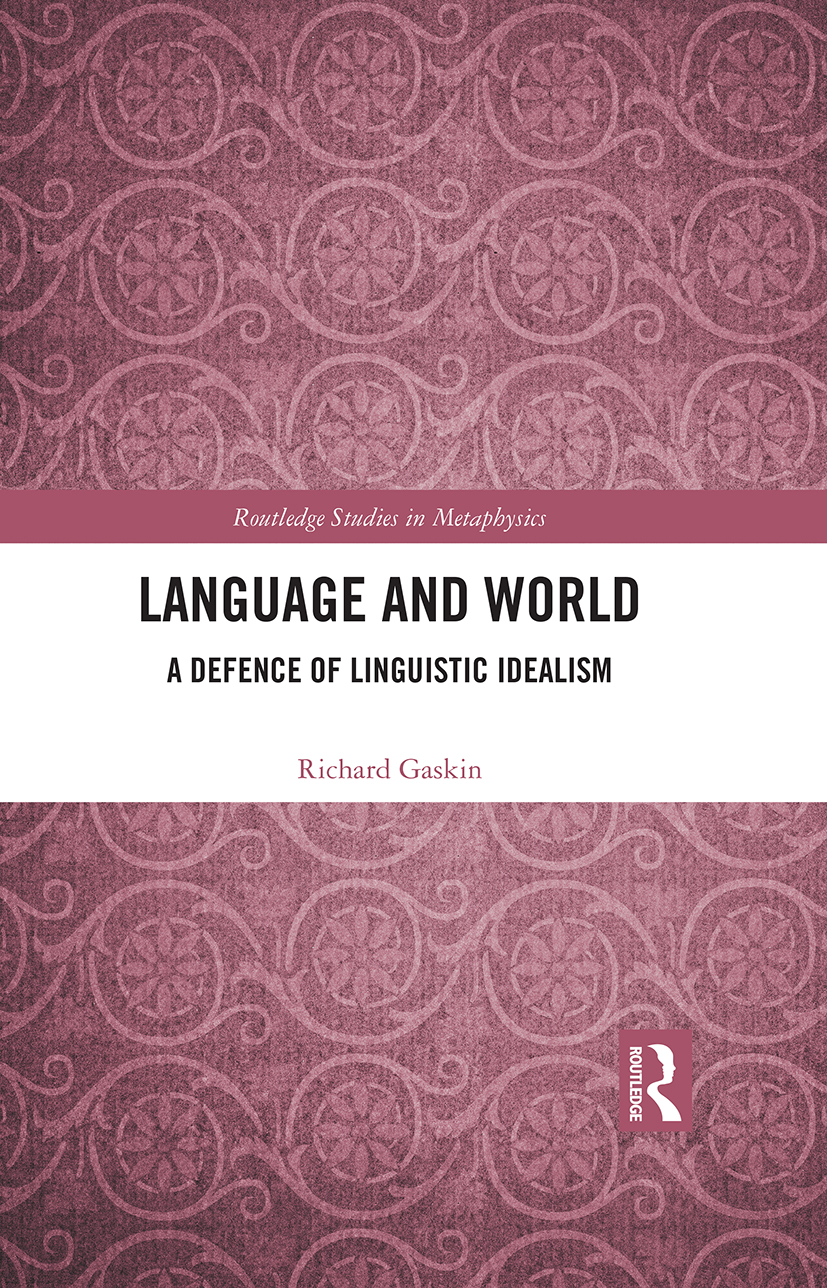 This book defends a version of linguistic idealism, the thesis that the world is a product of language. In the course of defending this radical thesis, Gaskin addresses a wide range of topics in contemporary metaphysics, philosophy of language, philosophical logic, and syntax theory.

Starting from the context and compositionality principles, and the idea of a systematic theory of meaning in the Tarski–Davidson tradition, Gaskin argues that the sentence is the primary unit of linguistic meaning, and that the main aspects of meaning, sense and reference, are themselves theoretical posits. Ontology, which is correlative with reference, emerges as language-driven. This linguistic idealism is combined with a realism that accepts the objectivity of science, and it is accordingly distinguished from empirical pragmatism. Gaskin contends that there is a basic metaphysical level at which everything is expressible in language; but the vindication of linguistic idealism is nuanced inasmuch as there is also a derived level, asymmetrically dependant on the basic level, at which reality can break free of language and reach into the realms of the unnameable and indescribable.

Language and World will be of interest to scholars and advanced students working in metaphysics, philosophy of language, and linguistics.

"Gaskin has produced a highly provocative work, delivered with his usual erudition, elegance, and quiet humour. Although he swims against the current, he makes good head way against numerous orthodoxies and should give pause to all, no matter one’s assumptions about the connection of language to mind and world." – John Collins, University of East Anglia, UK

"This book is an impressive mix of scholarship, rigorous argument, and controversial philosophical doctrine that makes a novel contribution to contemporary work on the metaphysics of language." – Graham Stevens, University of Manchester, UK

6. Truth, Falsity, and the World

Richard Gaskin is Professor of Philosophy at the University of Liverpool. He has published extensively in metaphysics, philosophy of language, philosophy of literature, and literary criticism. His main book publications include Experience and the World’s Own Language: A Critique of John McDowell’s Empiricism (2006), The Unity of the Proposition (2008), Language, Truth, and Literature: A Defence of Linguistic Idealism (2013), Tragedy and Redress in Western Literature: A Philosophical Perspective (Routledge 2018).