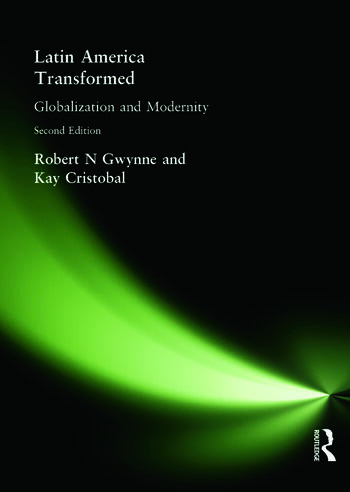 'Accomplishes its task to provide readers with a broad multi-disciplinary view on globalization's many impacts on Latin America ... the organization of the collection is logical and thoughtful, and the structural perspectives offered are convincing and powerful. I recommend it to other Latin American social scientists.' Growth and Change

'An impressive, timely and lively volume, which is especially valuable for teaching purposes.' Journal of Latin American Studies

'Authoritatively written by leading scholars in their respective fields.' Area

Latin America Transformed, 2nd Edition explains the region's economic, political, social and cultural transformations, its association with globalization and the search for modernity, and contributes to a greater understanding of how these transformations are affecting the people of Latin America.

Using a political economy approach to unravel the concepts of globalization and modernity within Latin America, emphasis is placed on interpreting the macro-level structures that frame the transformations taking place. The book also investigates the dynamics of people's livelihoods as they make sense of, rework and live out these structural transformations.

The international team of authors involved with the successful first edition have updated their focus and substantially rewritten their material to examine the challenges facing Latin America in the twenty-first century. Three completely new chapters have also been added. Latin America Transformed, 2nd Edition is now even more useful for undergraduate and postgraduate courses that examine economic, political, social and cultural change in Latin America.

Robert N. Gwynne is Reader in Latin American Development at the University of Birmingham, UK.
CristÃ³bal Kay is Associate Professor at the Institute of Social Studies at The Hague, The Netherlands.

This book asks some very good questions on the future of Latin America and offers excellent reflections on many problems, such as land reform, neoliberal policies, rural and urban poverty, the need for a sustainable development ... it contains a lot of pedagogic documents as well as a remarkable analysis of the Chilean development model.

The book asks some very good questions on the future of Latin America and offers excellent reflections on many problems, such as land reform, neoliberal policies, rural and urban poverty, the need for a sustainable development.