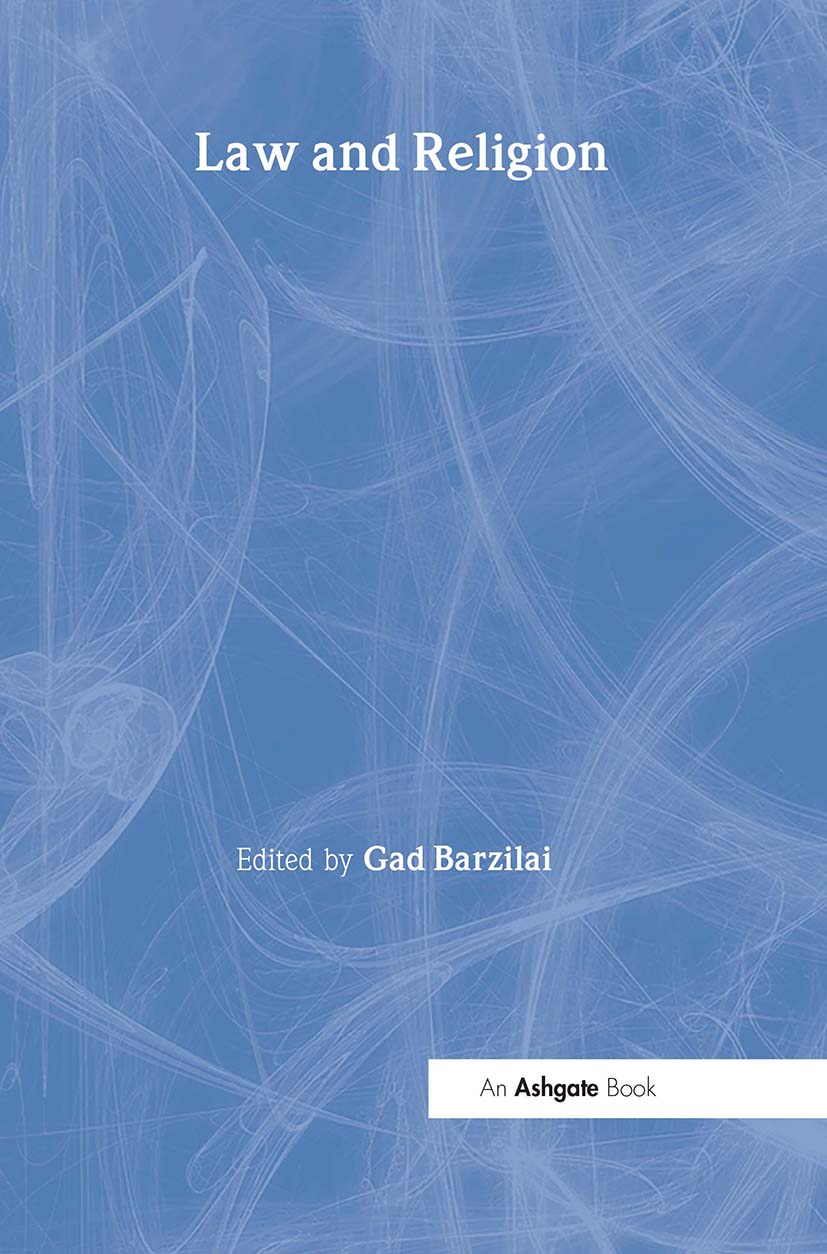 This volume consists of nineteen previously-published articles written by leading international scholars on various aspects of law and religion. The volume looks at law and religion in the context of political power, covering different religions including Christianity, Islam and Judaism. It examines through a diversity of perspectives the law in religion and religion in law, enabling readers to gain multi-disciplinary insights into pressing contemporary issues.

'In addition to the insights provided by the individual chapters, the collection as a whole has much to offer…' Ecclesiastical Law Journal '…a diverse, intelligent and instructive collection…merits inclusion in any scholarly library.' Law and Politics Book Review

Gad Barzilai is Professor of International Studies, Law and Political Science, trained mainly in law & political science. He is currently based at the Jackson School of International Studies & Comparative Law and Society Studies Center in the University of Washington, USA. His previous book was awarded the Best Book Prize by the Association of Israel Studies. Barzilai has published more than 110 articles and sixteen books and edited volumes in leading journals and publishing houses. He has offered perspectives and theories for better understanding of law, politics, and dispute resolution. He is now working on developing a macro theory on law and politics in global comparative history. Barzilai is on the Board of Trustees of the Law and Society Association, served at the Board of the American Journal of Political Science, and was the Founding Director of the International Dan David Prize.