Most banking institutions suffer from numerous inefficiencies, such as poor planning; inadequate coordination and communication; ineffective processes, tools, and workflow; and excessive bureaucracy. Lean for Banks describes in easy language how to use Lean and Six Sigma management practices to significantly improve the efficiency of bank operations.

This book shows how to use Lean and Six Sigma management practices to improve the normal daily work in a bank, typically executed in the so-called "back offices." This work involves about 90 percent of bank employees and generates 90 percent of costs. Lean for Banks explains how to organize bank operations better, increase work productivity and quality by working smarter and not harder, make fewer mistakes and decrease rework, and elevate jobs from mundane and repetitive to creative and pleasantly challenging. Most importantly, it shows how to increase the satisfaction of bank customers and in turn enhance bank competitiveness and market share.

is intended for all levels of bank employees: back-office workers, first-level supervisors, middle- and higher-level managers, and corporate executives. It is also intended for all levels of students at schools that teach banking skills—short courses intended for tellers, college courses in advanced banking operations, and continuing education for bank managers and line employees. This book is an entry-level text on Lean and should give readers enough understanding to prepare them for active participation in Lean deployment activities.

References
Index
About the Authors

Dr. Oppenheim co-led a team of 15 experts supported by a community of 150 practitioners to develop the best Lean-inspired practices for managing complex engineering programs. For this work he received the Shingo Award, the highest honor in the field of operational excellence, INCOSE’s Best Product Award, and two smaller awards. This work was later expanded into a joint project of the Project Management Institute (PMI), International Council on Systems Engineering (INCOSE) led by a team based at Massachusetts Institute of Technology on which Oppenheim served as key contributor. The result was a second book on Lean-inspired best practices for managing engineering programs, The Guide to Lean Enablers for Managing Engineering Programs for which the team was honored with a Shingo Award (the second for Oppenheim).

Dr. Oppenheim is the founder and co-leader of the INCOSE Lean Systems Engineering Working Group, the organization’s largest working group involving more than 200 members. He also directed Loyola Marymount University’s US Department of Energy Industrial Assessment Center. In this capacity, he advised 125 Southern California companies of all sizes and types on Lean productivity matters.

With S. Rubin, Dr. Oppenheim designed Aerospace Corporation’s POGO simulator for liquid rockets used by NASA and private industry. He consulted for Northrop-Grumman, Boeing, Airbus, EADS, Telekomunikacja Polska, Mars, Medtronics, the US Coast Guard and the US Air Force, Thales, TRW, and 50 other firms and governmental institutions in the United States and Europe.

Dr. Oppenheim is or was a member of INCOSE, LAI EdNet, PIASA, ASEE, ASME, ISOPE, NPAJAC, and SNAME. His honors include a Fulbright Award, (2011) IAE fellowship, and the 2008 Best Engineering Teacher award by the Los Angeles Council of Engineers and Scientists. He has been the recipient of almost $2 million in externally funded grants. He is the author of 40 books and book chapters, technical journal articles, and many non-technical articles, books, and TV programs. He also presented 45 workshops, tutorials, and webinars on Lean Enablers and Lean Product Development Flow in Canada, Finland, France, Germany, Israel, Netherlands, Norway, Poland, Russia, Sweden, UK, and the United States.

Dr. Oppenheim was born and raised in Warsaw and has lived in the United States since 1971. He earned a PhD (1980) from University of Southampton in the UK; a postgraduate degree (1974) from MIT; a master’s in ocean systems (1972) from Stevens Institute of Technology in New Jersey; and a BS (1970), from Warsaw Technical University. He divides his time between Santa Monica, California, and Warsaw, Poland

has served since 2002 as director for corporate banking at BRE Bank S.A. He was involved in negotiations and bilateral credit agreements for leading consortia and companies including VW AG, Ford, Pfleiderer AG, Mercedes Benz, Orlen, Lotos, Huawei, and Belvedere. He also participated in complex restructuring negotiations for the steel industry and negotiated for multinational banks operating in Central and Eastern Europe to obtain local credit service permits. He is a member of the German–Polish Chamber of Commerce.

Before joining BRE Bank, Felbur worked for 21 years for Polimex-Cekop starting as a sales representative and advancing to member of the management board. He was responsible for privatization and restructuring of the company including takeovers of two companies on the Warsaw Stock Exchange. For eight years, he conducted negotiations, managed finances, and executed 63 successful technology investment projects in the People’s Republic of China. He was named a director for trade and marketing and group director responsible for organization, operations, and finance (2000 sales of about 1.5 billion PLN, almost 10,000 employees). Felbur was the CEO of Polimex-Cekop Development and a director and CEO of Media International Belgrade, a member of the boards of directors of ZREW S.A. and Naftorement, and has served on the board of Polish Mint S.A. since 2006.

His education includes a master’s in international trade from the Warsaw School of Economics (formerly Main School of Planning and Statistics). He completed managerial courses on company appraisals, capital group management, mergers and takeovers, service on boards of directors, management communications, and Lean in several countries.

"Lean for Banks is extremely thorough and authoritative in its summary of what Lean is and why it matters today. Moreover, it draws from convincing material to apply Lean to the banking industry. On top of that, the writers have some fun with the material."
— John Shook, CEO, Lean Enterprise Institute, Cambridge, MA.

Lean for Banks is an operating model we all dream of in this period of regulatory tsunami. This book is a great help in implementing a high quality approach toward the permanent improvement of bank procedures and processes. It is a must for the traditional ‘heavy’ banking sector in order to survive growing competition. Blind cost cutting has only limited impact on a bank's performance in the long run. Lean can increase long-term competitiveness. I recommend this book to all managers restructuring banks as a source of Lean tools and methodology."
— Dr. hab. Krzysztof Kalicki, President and CEO, Deutsche Bank Polska S.A.

"During the crisis many banks were forced to restructure their operations in order to improve efficiency and reduce costs at the same time. Cost cutting gives quick results but does not always solve the problem of quality and performance in the longer perspective. This book shows how Lean Thinking and the Six Sigma paradigm can help to smartly improve bank operations and create additional value for the organization, employees and shareholders."
— Li Xiaobo, General Manager of Industrial and Commercial Bank of China (ICBC), Europe, S.A. 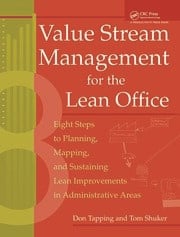 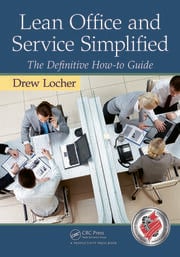 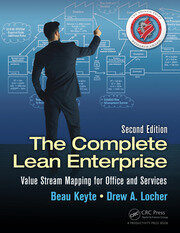