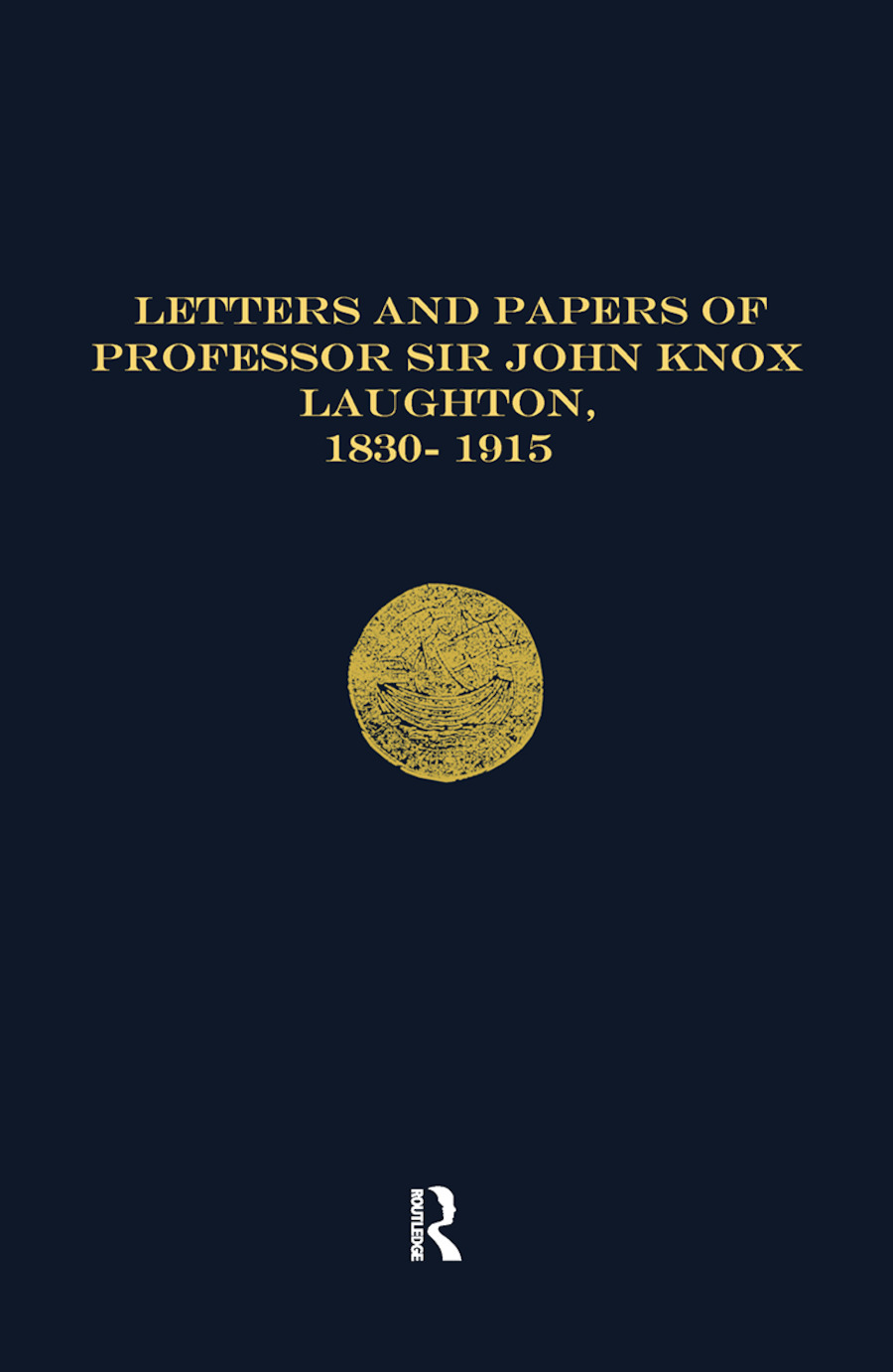 John Knox Laughton created modern naval history to harmonise the adacemic standards of the new English historical profession with the strategic and doctrinal needs of the contemporary Royal Navy. His correspondents included major figures in both the historical and the naval professions: Alfred T. Mahan, Samuel Rawson Gardiner, Julian Corbett, Cyprian Bridge and many others. This volume will be of particular interest to those interested in the development of naval history and naval theory.

'… a substantial and illuminating contribution to British naval historiography.' English Historical Review 'Andrew Lambert brings to this volume his own unequalled knowledge of Laughton, and his introductions to the volume and its chronological sections provide a valuable account of Laughton's professional life… its scholarship and its contribution to naval history and historiography will make it a valuable permanent addition to many libraries.' Journal of Maritime Research 'The Navy Records Society continues its superb […] publishing programme with this collection of papers belonging to the single most influential man in the creation of the society.' The Northern Mariner

Born 31 December 1956 in Norfolk. Attended Hamond’s Grammar School, Swaffham, and then studied for his degree in law at City of London Polytechnic. Read for an MA and PhD in naval history at King’s College, London in the War Studies Department. Between 1983 and 1987 he was a lecturer in international history at Bristol Polytechnic (now Bristol West of England University) and moved to become a consultant in the department of History and International Affairs at the Royal Naval College, Greenwich, where he stayed until 1989. 1989-1991 he was a senior lecturer in war studies at RMA Sandhurst, and since 1996 has been based in the War Studies department at King’s College London, initially senior lecturer, then professor of naval history, and since 2001 Laughton Professor of Naval History, and Director of the Laughton Naval History Research Unit. He was Hon. Secretary of the Naval Records Society 1996-2005 and is a Fellow of the Royal Historical Society.