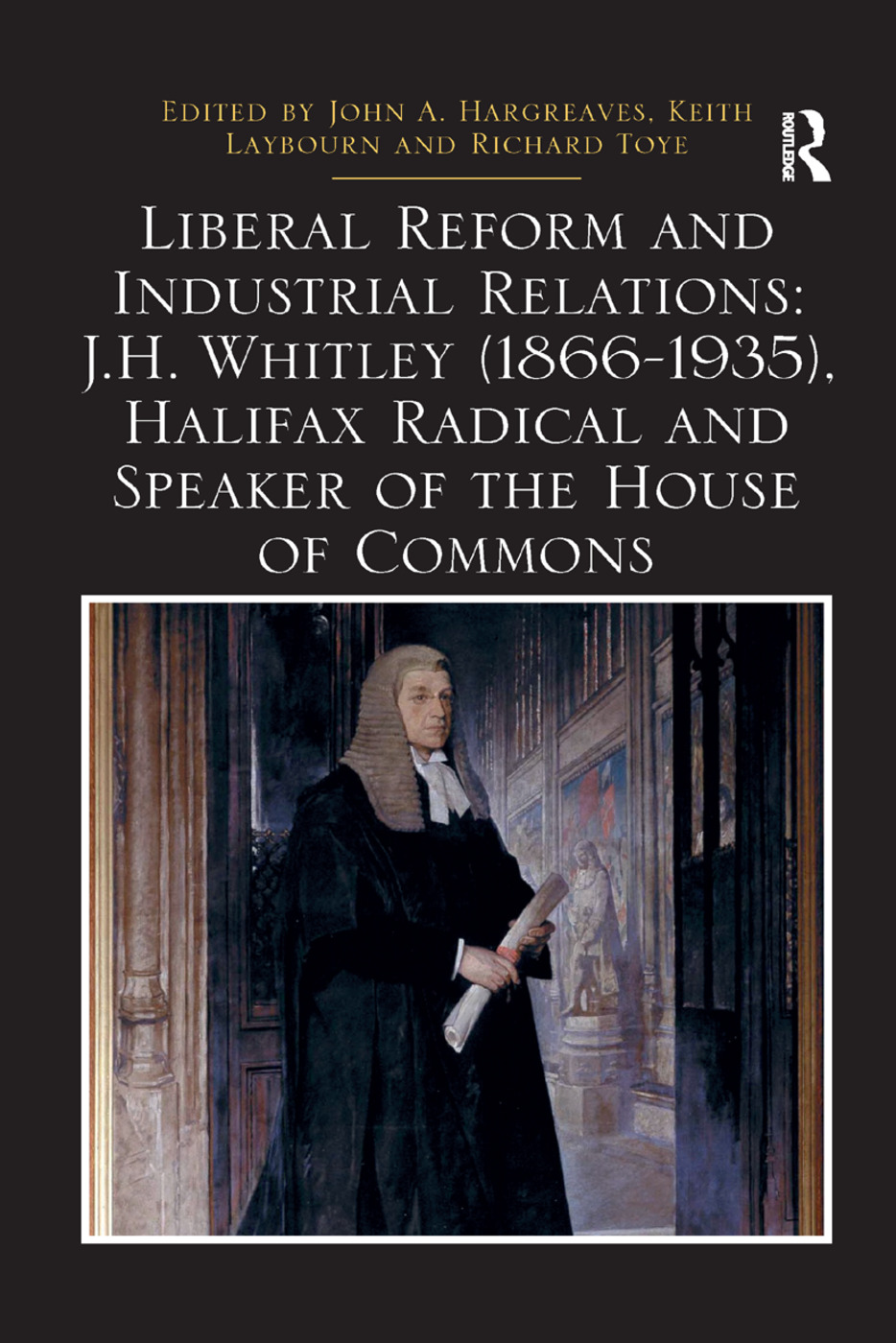 Liberal Reform and Industrial Relations: J.H. Whitley (1866-1935), Halifax Radical and Speaker of the House of Commons

J.H. Whitley came from an established business family in Halifax, where he engaged in youth work and municipal politics before becoming MP for Halifax from 1900 to 1928. He was a Liberal Radical who worked with Labour, gave his name to the industrial councils of the First World War, was Speaker of the House of Commons 1921-28 presiding over the debates at the time of the General Strike of 1926. In 1929-31 he toured India as chairman of the Royal Commission on Indian Labour and was chairman of the BBC between 1930 and 1935.

He was thus a vitally important political figure who was active at the rise of Labour and the decline of Liberalism, involved in the Liberal reforms of the Edwardian age, and deeply concerned about industrial relations in early twentieth century Britain and beyond.

This volume brings together leading academics and provides new information and analysis on the life, work and times of J.H. Whitley, offering a study of his career in British politics and society, focusing particularly on the last decade of the nineteenth century and the first three decades of the twentieth century.

Equal partners in a great enterprise’: experiencing Radio in Yorkshire

in the time of J. H. Whitley

John A. Hargreaves is an Associate of the Leeds Centre for Victorian Studies, and is a Fellow of the Royal Historical Society, a Fellow of the Historical Association and a Fellow of the Society of Anitiquaries. He has written extensively and co-edited Slavery in Yorkshire: Richard Oastler and the campaign against child labour in the Industrial Revolution (2012).

Keith Laybourn is the Diamond Jubilee Professor of the University of Huddersfield, a prolific writer on British labour history, and both President and Secretary of the Society for the Study of Labour History. He co-authored Britain’s First Labour Government (2006, 2013) and has recently published The Battle for the Roads of Britain: Police, Motorists and the Law c. 1890-1970 (2015).

Richard Toye is Professor of Modern History at the University of Exeter. He is widely published and his most recent book (co-written with Martin Thomas) is Arguing about Empire: Imperial Rhetoric in Britain and France, 1882-1956 (2017).