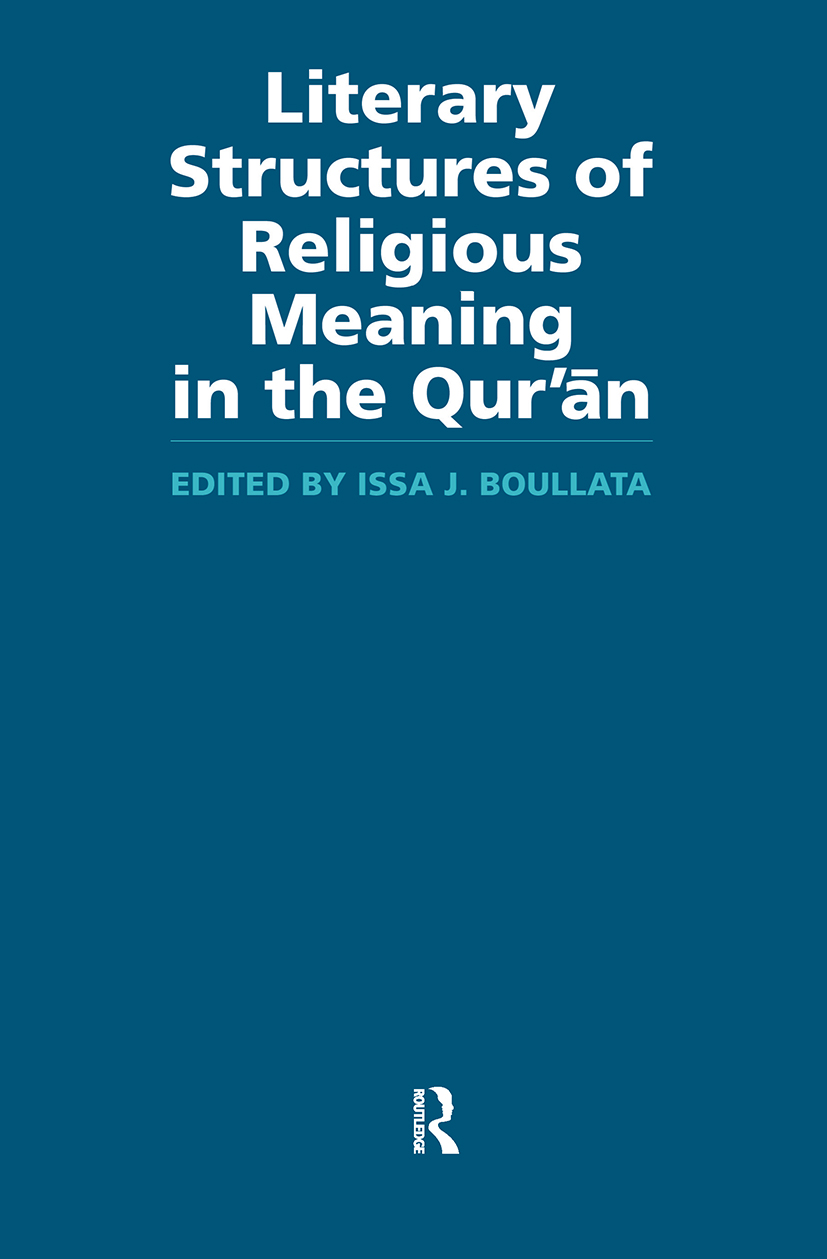 Literary Structures of Religious Meaning in the Qu'ran

This volume studies how the literary elements in the Qur'an function in conveying its religious message effectively. It is divided into three parts. Part one includes studies of the whole Qur'an or large segments of it belonging to one historical period of its revelation; these studies concentrate on the analysis of its language, its style, its structural composition, its aesthetic characteristics, its rhetorical devices, its imagery, and the impact of these elements and their significance. Part two includes studies on individual suras of the Qur'an, each of which focuses on the sura's literary elements and how they produce meaning; each also explores the structure of this meaning and the coherence of its effect. Part three includes studies on Muslim appreciations of the literary aspects of the Qur'an in past generations and shows how modern linguistic, semantic, semiotic, and literary scholarship can add to their contributions.

'A good attempt to develop a new approach towards a contemporary understanding for the Qur'an. The various essays provide a different flavour of scholarship, which add to the value of the book' - The Expository Times

'The volume represents a valuable contribution to quranic studies.' - Bulletin of SOAS

Routledge Studies in the Qur'an

In its examination of critical issues in the scholarly study of the Qur'an and its commentaries, this series targets the disciplines of archaeology, history, textual history, anthropology, theology and literary criticism. The contemporary relevance of the Qur'an in the Muslim world, its role in politics and in legal debates are also dealt with, as are debates surrounding Quranic studies in the Muslim world.