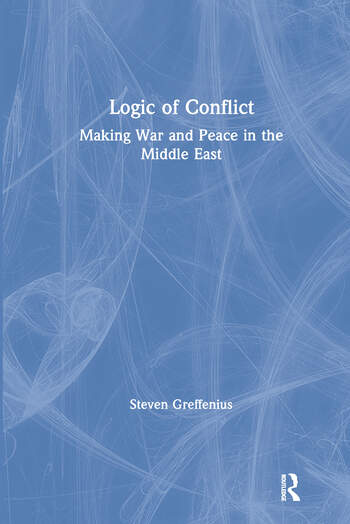 The author’s argument ties this literature to a field that is often called the logic of inquiry. He criticizes an influential and deliberately analytical approach to the study of international conflict and show what can be gained by bringing more integrative or synthetic approaches to bear on problems in the field. The study started as an effort to work out some problems in international relations theory and it has remained that through eight years of writing and research. Still, the book is more than incidentally about the Middle East, and evidence from the region informs the argument made here. This evidence is of two kinds: traditional historical material from both primary and secondary sources, and data on events that have occurred during the course of both conflictual and cooperative exchanges between the actors there. The treatment focuses on the relationship between Egypt and Israel between 1967 and 1979, a period that saw their relations pass from the most intense antagonism to a reasonable degree of comity if not friendship.

Steven Greffenius received his B.A. degree in history from Reed College in 1976. After serving overseas in the U.S. Navy, he studied international relations and political theory at the University of Iowa, receiving his Ph.D. in 1987. Since then he has taught international politics at the University of Wisconsin in Madison and at the Hopkins- Nanjing Center for Chinese and American Studies in Nanjing, China. Currently he is codirector of the Olin Center for International Study in Boston, Massachusetts, and associate professor of political science at Carthage College in Kenosha, WI.