Looking Back into the Future
Identity and Insurgency in Northeast India 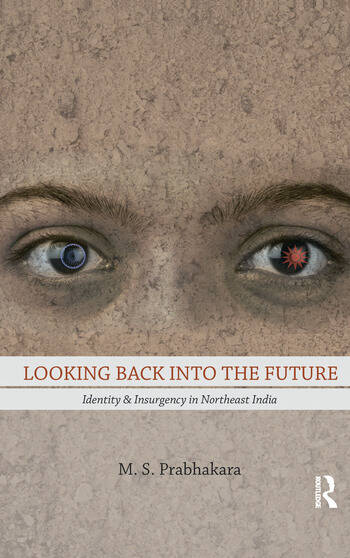 Looking Back into the Future: Identity and Insurgency in Northeast India

The book examines questions of identity, ethnicity, sovereignty and insurgency in northeastern India, and especially on Assam and its neighbourhood. Written by an academic-journalist, the various articles situate these in their larger social, economic, political and, above all, historical context, the last being especially important in their becoming a part of colonial India relatively late, well after colonial control was established in the rest of India.

Based on close, ground level experience involving extensive travel and interaction with the people, this collection is the result of a long journalistic career spanning nearly 50 years in the northeast region. Written in simple, lucid language, the essays cover a range of themes including culture, belief, and identity; homeland and language politics; and insurgency and separatism. The volume also achieves a uniquely dual historical value – while the articles themselves include a lot of historical information tracing the roots of the various issues discussed, the articles themselves range from 1974 to 2010, providing the modern reader with a series of historical moments captured in their immediacy. Of interest to students, academics, researchers in politics, peace & conflict studies, politics, sociology, history, language, those interested in northeast India, policy-makers, cultural studies, etc.

Preface. Acknowledgements. Introduction. PART ONE. The Word and the Idea 1. The Politics of a Script Demand for the Acceptance of Roman Script for Bodo Language 2. Rightful Place for Assamese Language: Scholarly Labours of Missionaries 3. Census in Assam: The Question of Mother Tongue 4. Shaping the Sound and Scripting a Solution 5. Speech, Script and Pronunciation: The Sound and the Word of Assam and Asom. PART TWO. Ethnicity and Identity 6. Strident Tribal Nationalism 7. Tribal Ferment in Assam 8. Assam’s Search for Identity 9. More than just Nomenclature 10. Chasing a Mirage 11. Reinventing Identities 12. Massacres Unbound: Outrage Selective 13. Manufacturing Identities? 14. In the Name of Tribal Identities 15. Behind the Adivasi Unrest in Assam 16. Identity Politics: Where it is leading 17. To Divide is to Multiply 18. The Bodoland Territorial Council: Promises and Problems. PART THREE. Issues of Culture and Belief 19. Commitment to Identity: Cultural Dimensions of Ethnic Agitations 20. Process of Consolidation: Assam’s Inherent Problems 21. A Natural Process of Transformation. PART FOUR. Discontent and Revolt 22. Serviceable Memory and Persistence of the Past 23. The Search for ‘Permanent Solutions’ 24. The Fallacy of Internally Coherent Homelands 25. Squeeze in Bhutan: Consequences in Assam 26. ULFA: Talking about Talks 27. ‘War’ against Indian State: Real Victims and Outcome 28. Prospects for Peace in Assam. PART FIVE. Homeland Politics 29. Land, Source of all Trouble 30. BTC: Going Round in Circles? PART SIX. From the Borders of a Borderland Who Owns History? 31. Who Owns History? 32. Manipur: Burdens of the Past 33. Naga Talks: Territory first, Sovereignty later 34. Insurgencies in Manipur: Politics and Ideology 35. Going Round the Mulberry Bush. PART SEVEN. Theoretical Underpinnings 36. Varieties of Separatism 37. Separatist Movements in the North-East Rhetoric and Reality 38. Agenda for Recolonisation? Epilogue. Bibliography. About the Author. Index.

M. S. Prabhakara has been a senior journalist and editorial consultant with The Hindu group, and their Special Correspondent in northeast India and South Africa.