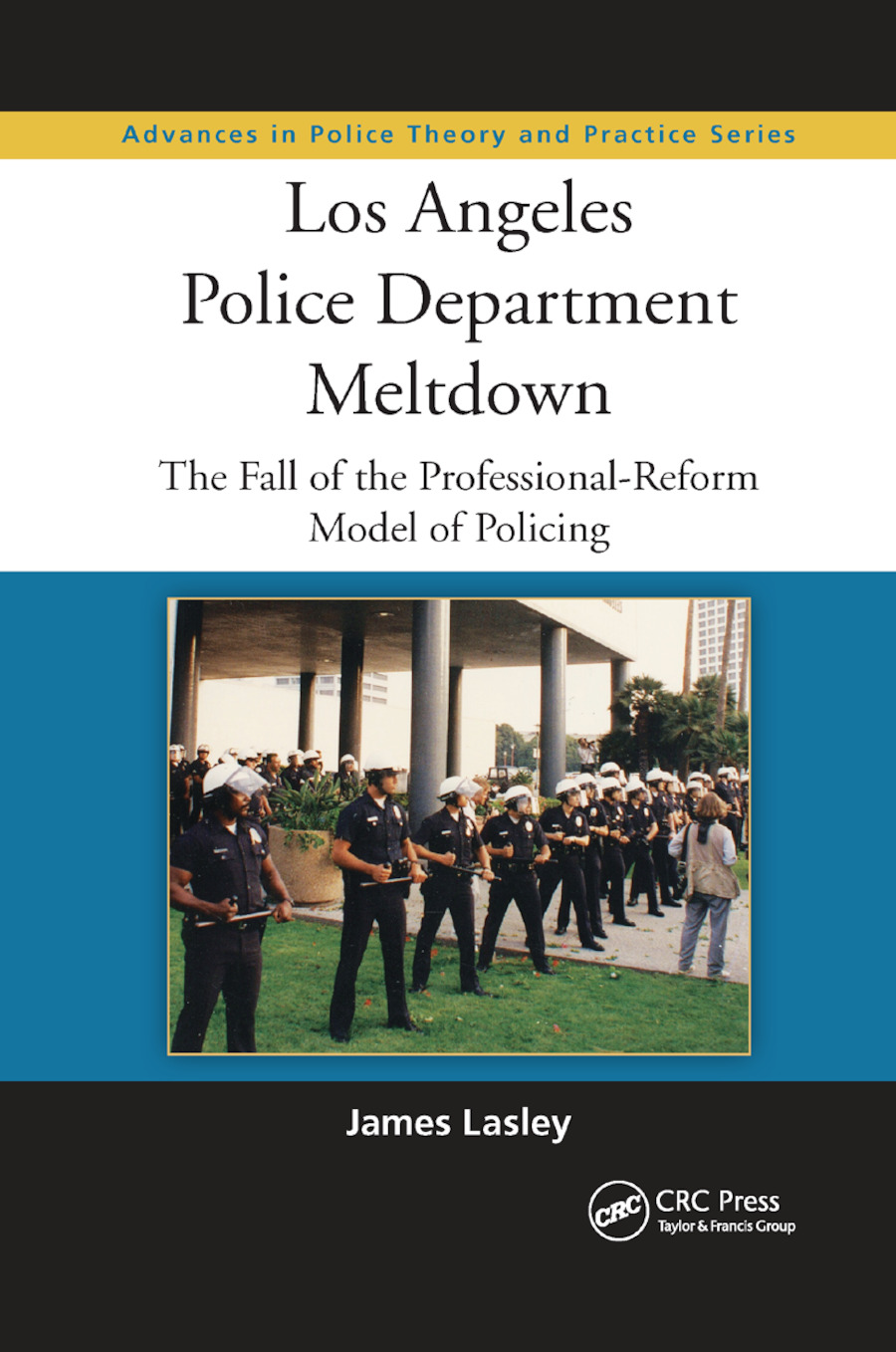 The Fall of the Professional-Reform Model of Policing, 1st Edition

Once considered among the most respected police departments in the world, the LAPD suffered a devastating fall from grace following the 1991 police officer beating of Rodney King and the Los Angeles riots stemming from the officers’ acquittal in 1992. Unique to the literature of policing, management, and policy studies, Los Angeles Police Department Meltdown: The Fall of the Professional-Reform Model of Policing presents what can be considered the first and only existing research document truly explaining the reasons behind the LAPD’s demise.

The book reveals a special inside study performed by the author under the exclusive authority of LAPD Chief of Police Daryl Gates to investigate why the department had begun to disintegrate following the Rodney King incident, and how, if possible, it could be salvaged. The findings presented are based on first-hand written accounts of LAPD officer informants who describe their observations of the department’s meltdown as it occurred. These accounts explain why the crime-fighting enforcement style of the once highly regarded Professional-Reform Model of policing (coined at the LAPD) was abandoned in police departments across the nation in favor of the less aggressive community-based policing model.

Lost for some 20 years under mysterious circumstances after collection and storage at the LAPD, these officer informant materials were recently retrieved and made available for analysis. They are presented in their entirety in this book.

In every respect, this work is the final word on why and how the LAPD—a police organization emulated throughout the world—ultimately self-destructed after 41 years of serving and protecting the City of Angels.

James Lasley is a professor of criminal justice at California State University, Fullerton. He has worked in the field of law enforcement and research, most extensively with the Los Angeles Police Department. He participated in the design, implementation, and analysis of LAPD’s Operation Cul De Sac. His prior academic appointments include Washington State University, Arizona State University, the University of Southern California, and National University. He has also served as a consultant to the California Commission on Peace Officer Standards and Training (POST) to establish standards and methods for police officer driver training.