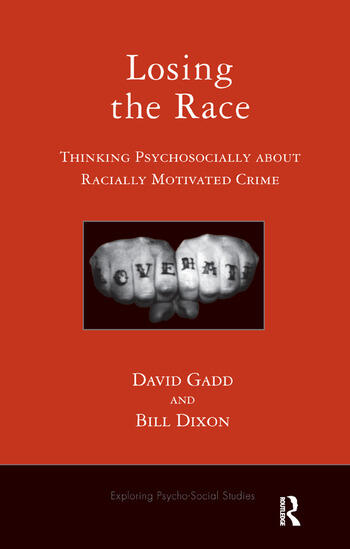 Based on a two-year research project funded by the Economic and Social Research Council (ESRC), this book explores why many of those involved in racially motivated crime seem to be struggling to cope with economic, cultural and emotional losses in their own lives. Drawing on in-depth biographical interviews with perpetrators of racist crimes and focus group discussions with ordinary people living in the same communities, the book explores why it is that some people, and not others, feel inclined to attack immigrants and minority ethnic groups. The relationships between ordinary racism, racial harassment and the politics of the British National Party are also explored, as are the enduring impacts of deindustrialisation, economic failure and immigration on white working class communities. The book assesses the legacy of New Labour policy on community cohesion, hate crime and respect in terms of its impact on racist attitudes and racist incidents, and explores how it is that racist attacks, including racist murders, continue to happen.