MIMO Processing for 4G and Beyond
Fundamentals and Evolution 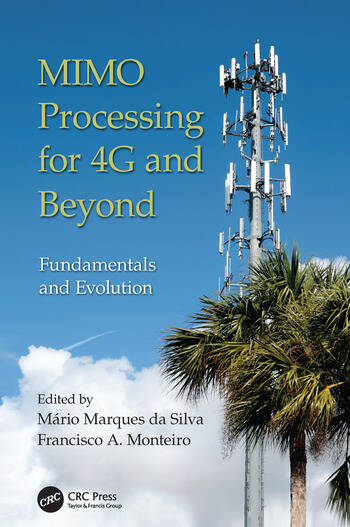 MIMO Processing for 4G and Beyond: Fundamentals and Evolution

MIMO Processing for 4G and Beyond: Fundamentals and Evolution offers a cutting-edge look at multiple-input multiple-output (MIMO) signal processing, namely its detection (in both time and frequency domains) and precoding. It examines its integration with OFDM, UWB, and CDMA, along with the impact of these combinations at the system level. Massive MIMO and network coding at the physical layer are very recent topics which are also addressed, and which are expected to play an important role in 5G systems.

The book brings together contributing authors from first-class institutions who have been working in international research and development (R&D) projects and are highly cited in the MIMO field. These experts examine ongoing R&D activities in the field of MIMO systems and its associated signal processing that is expected to be employed in 4G and 5G systems.

From basic receiver design to more advanced processing, the book covers the spectrum of topics associated with MIMO systems and MIMO processing. It provides a comprehensive description of MIMO fundamentals and theory that is ideal for anyone looking to sharpen their skills on the subject, such as corporate/industrial employees or graduate students.

The book summarizes the most important enhancements related to the processing of MIMO systems for 4G systems, including its evolution and future trends. It also supplies a performance analysis of the various combinations of MIMO schemes for 4G systems to help you select the combination best suited for your particular needs.

He has authored books such as Multimedia Communications and Networking (CRC Press), Transmission Techniques for Emergent Multicast and Broadcast Systems (CRC Press), and Transmission Techniques for 4G Systems (CRC Press), as well as authored several dozens of journal and conference papers. He is a member of IEEE and AFCEA, as well as reviewer for a number of international scientific IEEE journals and conferences. Finally, he has chaired many conference sessions and has been serving in the organizing committee of relevant EURASIP and IEEE conferences.

Francisco A. Monteiro is an assistant professor at ISCTE—University Institute of Lisbon and a researcher at Instituto de Telecomunicações in Lisbon, Portugal. In the past, he has been a teaching assistant at the Department of Electrical and Computer Engineering at Instituto Superior Técnico, University of Lisbon. He obtained his PhD in engineering from the University of Cambridge, United Kingdom, in 2012, and had previously received both the Licenciatura degree and an MSc in electrical and computer engineering from Instituto Superior Técnico, University of Lisbon, in 1999 and 2003, respectively. His research has always been focused on signal processing for wireless communications. He acts as a frequent reviewer for a number of IEEE journals and conferences, and has been serving in the organizing committee of relevant EURASIP and IEEE conferences.

In 2008, Dr. Monteiro was a visiting researcher at the Department of Electrical and Computer Engineering of the University of Toronto for four months, with scholarships from the Royal Academy of Engineering, the Calouste Gulbenkian Foundation and the Cambridge Philosophical Society. At Cambridge, he was a member of Fitzwilliam College (where he received a College Senior Scholarship in 2007/2008), and carried out his research in the Digital Technology Group at the Computer Laboratory, while being affiliated with the Department of Engineering. He received the Best Paper Award (Conference Prize) at the European Conference on Wireless Technology 2007 in Munich, Germany. He was also awarded the Young Engineer Best Paper Award at the European Conference on Wireless Technology 2004, in Amsterdam, the Netherlands. His MSc thesis was awarded 3rd place at the Innovation Young Engineer Competition presented by the Portuguese Engineers Institution in 2002.