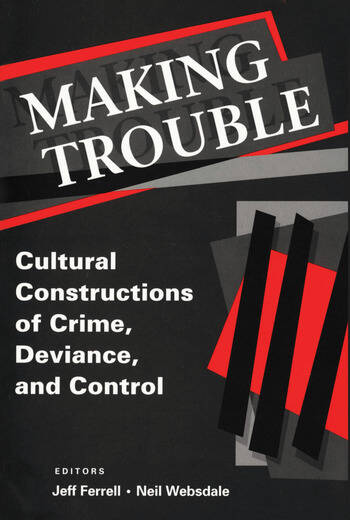 In Making Trouble leading scholars in criminology, sociology, criminal justice, women's studies, and social history explore the mediated cultural dynamics that construct images and understanding of crime, deviance, and control. Contributors examine the intertwined practices of the mass media, criminal justice agencies, political power holders, and criminal and deviant subcultures in producing and consuming contested representations of legality and illegality. While the collection provides broad analysis of contemporary topics, it also weaves this analysis around a set of innovative and unifying themes. These include the emergence of "situated media" within and between the various subcultures of crime, deviance, and control; the evolution of policing and social control as complex webs of mediated and symbolic meaning; the role of power, identity, and indifference in framing contemporary crime controversies, with special attention paid to the gendered construction of crime, deviance and control; and the importance of historical and cross-cultural dynamics in shaping understandings of crime, deviance, and control.