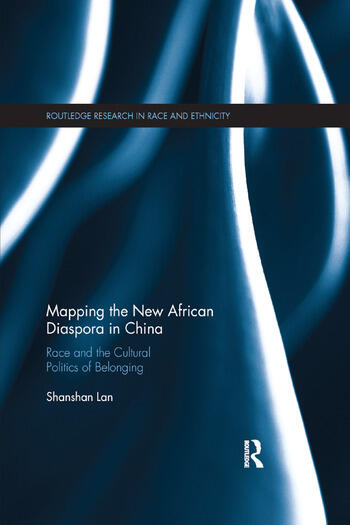 Mapping the New African Diaspora in China: Race and the Cultural Politics of Belonging

When one thinks of African diasporas, it is likely that their mind will automatically drift to locations such as Europe and America. But how much is known about the African diaspora in East Asia and, in particular, within China, where race is such a politically sensitive topic?

Based on multi-sited ethnographic research in China and Nigeria, Mapping the New African Diaspora in China explores a new wave of African migration to South China in the context of the expansion of Sino/African trade relations and the global circulation of racial knowledge. Indeed, grassroots perspectives of China/Africa trade relations are foregrounded through the examination of daily interactions between Africans and rural-to-urban Chinese migrants in various informal trade spaces in Guangzhou. These Afro-Chinese encounters have the potential to not only help reveal the negotiated process of mutual racial learning, but also to subvert hegemonic discourses such as Sino/African friendship and white supremacy in subtle ways. However, as Lan demonstrates within this enlightening volume, the transformative power of such cross-cultural interactions is severely limited by language barrier, cultural differences, and the Chinese state’s stringent immigration control policies.

This book will appeal to scholars and students in the fields of China/Africa relations, race and ethnic studies, globalization and transnational migration, and urban China studies, as well as those from other social science disciplines such as political science, international relations, urban geography, Asian Studies, African studies, sociology, development studies, and cross-cultural communication studies. It may also appeal to policymakers and non-profit organizations involved in providing services and assistance to migrant populations.

Shanshan Lan is an Assistant Professor in the Department of Anthropology at the University of Amsterdam, The Netherlands