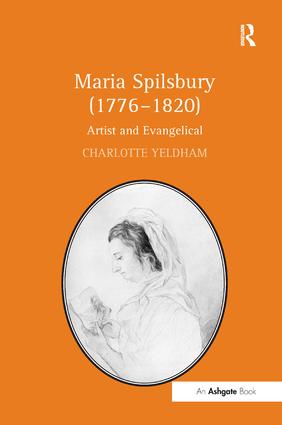 Maria Spilsbury Taylor (1776-1820) lived and worked in London and Ireland and was patronized by the Prince Regent. A painter of portraits, genre scenes, biblical subjects and large crowd compositions - an unusual feature in women's art of this period - she is represented in major museums and art galleries as well as in numerous private collections. Her work, hitherto considered on a purely decorative level, merits closer attention. For the first time, this volume argues the relevance of Spilsbury's religious background, and in particular her evangelical and Moravian connections, to the interpretation of her art and examines her pervasive, and often inovert references to the Bible, hymnody and religious writing. The art that emerges is distinctly Protestant and evangelical, offering a vivid illustration of the mood of patriotic, Protestant fervour that characterized the quarter century succeeding the French revolution. This focus may be situated in the general context of increasing interest in the religious faith of historical actors - men and women - in the eighteenth century, and in the related contexts of growing acknowledgement of a religious aspect to "enlightenment" art, as well as investigations into Protestant culture in Ireland. The book is extensively illustrated and contains a list of all of Spilsbury's known works.

'As well as biographical and evaluative chapters [this book] contains a useful and well-researched listing of [Maria Spilsbury's] works: there is much work between these covers. Further, [Charlotte Yeldham] compellingly illustrates that there was real interchange between evangelicals and the world of art, an interchange in which women had a place, as well as opening up the dimension of art, religion, and women in Irish history. These are fields of ongoing discussion to which this makes an important contribution.' Wesley and Methodist Studies

’Maria Spilsbury (1776-1820): Artist and Evangelical is an indispensable resource for Spilsbury scholarship, and for the present may well be her best extant biography and catalogue raisonné. In addition to illuminating her life and work, it also serves to underscore the often overlooked influence of Evangelicalism in eighteenth- and nineteenth-century British painting. In her book, Yeldham delivers a robust, welcome, and long overdue examination of this artist, and I hope that it will instigate continued scholarship concerning both Spilsbury and the interplay between Evangelicalism and visual culture.’ Caa.reviews

Charlotte Yeldham is an independent scholar based in the UK.