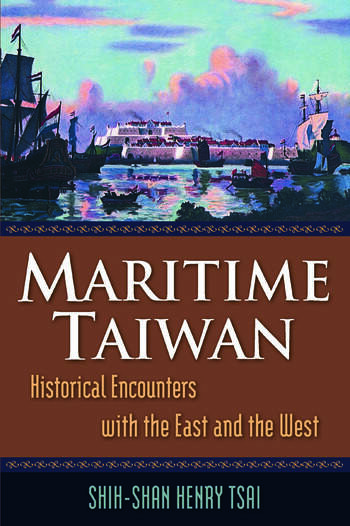 For centuries the island of Taiwan, 100 miles off the Asian mainland, has been a crossroads for traders and settlers, pirates and military schemers from around the world. Unlike China, with its long tradition of keeping foreigners out, Taiwan has a long history of interaction, both hostile and friendly, with other seafaring nations near and far. "Maritime Taiwan" captures the full drama and details of this remarkable history. It's filled with fascinating stories of foreign adventurers and echoes the bitter songs of Taiwan's aboriginal population, confronted by the convergence of different maritime cultures and values on the island.Here are accounts of the legendary pirate Koxinga, the Chinese junk trade, the mighty Dutch East India Company, British opium traders and Scottish tea merchants, Jesuit priests and Presbyterian missionaries, A French fleet commander, a Japanese colonial administrator, an American aid official, and many more. Here too is an extraordinary view of Taiwan over the centuries, as its distinct identity, culture, and values were shaped by its unique history. Today, with a population of only 23 million, Taiwan is the world's nineteenth largest economy, a vibrant, relatively free society on the strategic route between China and Southeast Asia. Maritime Taiwan also discusses the significant impact of American military, economic, educational, and technological aid on Taiwan's developments and addresses the island's continued importance in maintaining the U.S. hegemony in East Asia.

Acknowledgments; 1. Introduction; 2. Taiwan's Seventeenth-Century Rulers: The Dutch, the Spaniards, and the Pirate Koxinga; 3. Trading Networks: Taiwan, Southeast Asia, and Coastal China; 4. British Footprints on Taiwan: Consulates, Trading Firms, and Presbyterian Churches; 5. A Strategic Vantage Point: The French Campaign for Taiwan; 6. Late to the Scene: The United States Arrives in Taiwan; 7. Roots of the Japanese Empire: The Colonization of Taiwan; 8. Taiwan During World War II: From Colony to Haven; 9. Postwar Taiwan: The Growing American Presence and Influence; Glossary; Bibliography; Index; About the Author.