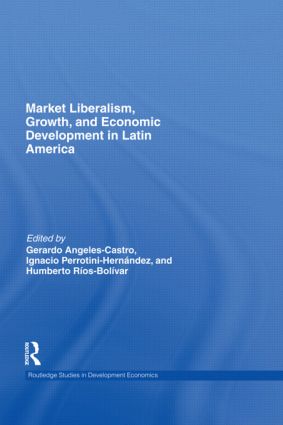 The principal themes pursued in this book emerge from the great transformation that the Latin American and the Caribbean economies experienced in the aftermath of both the foreign debt crisis of 1982 and the macroeconomic stabilisation policies that vividly and painfully produced the so-called "lost decade" of the 1980s.

Latin America implemented an economic liberalisation process during the late 1980s and the 1990s. The main policy reforms involved in that course can be summarized as privatization of state owned firms, trade openness, deregulation of the foreign direct investment (FDI) regime and fiscal discipline. Latin American countries have also embarked in regional trade agreements, the most important ones being Mercosur and the North American Free trade Agreement (NAFTA). This book compares results from the experience of North-South and South-South moulds of integration. Thus, the impacts of these policies on growth, development, technological progress, poverty and inequality are analysed. Orthodox and heterodox economic policies and theories are discussed along with relevant empirical evidence with a view to assess, on the one hand, the relative merits of the various policy reforms applied by different countries in the region, and on the other, the experience of integration into the global economy.

There are thirteen chapters in this collection linked in varying ways to the series of economic reforms introduced in the region in the last decades. The book will be of interest to academics, researchers, students and policymakers interested in the study of economic development in emerging economies and in particular in Latin America.

Gerardo Angeles-Castro is Head of Research and Postgraduate Studies at the School of Economics at Instituto Politécnico Nacional, México.

Humberto Ríos-Bolivar is Research Economist at the School of Economics at Instituto Politécnico Nacional, México.